Avian courtship display is among the most captivating behavior to be found in the animal kingdom.  As a bird photographer, I find that nothing quite compares to capturing these lovely creatures as they perform their varied and often elaborate mating rituals. The behavior is typically performed by the male of the species as a means to attract a female. The photos below provide a brief glimpse into the wonderful world of avian courtship.

Courting pair of Great Blue Herons on their nest. 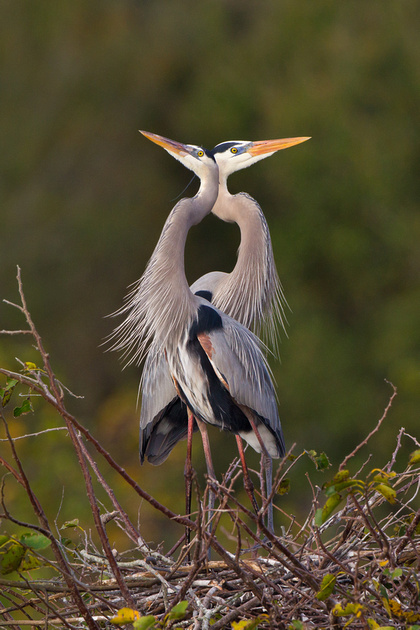 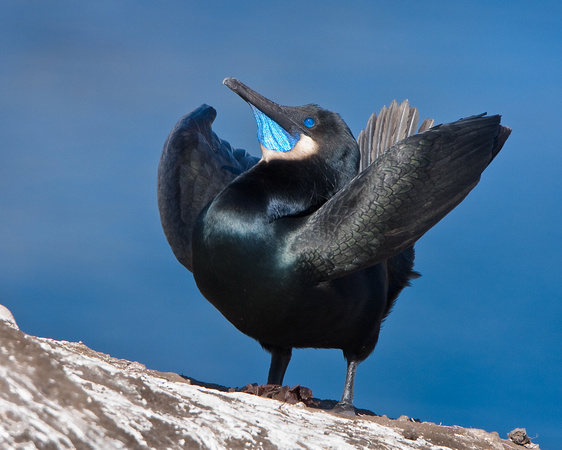 The male Common Goldeneye calls, spashes and tosses its head back in an attempt to attract a female. 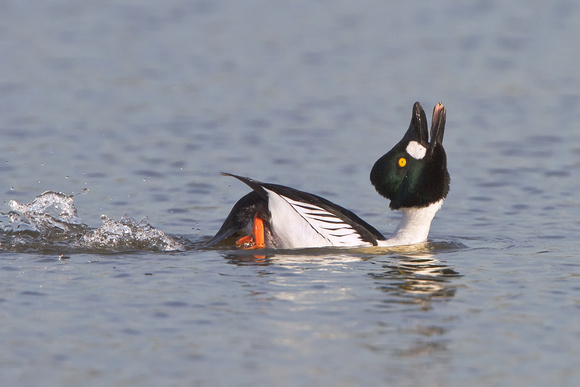 These male Hooded Mergansers perform the head toss as well, as they swim in circles. Some females, for whom this dance was performed, were nearby. 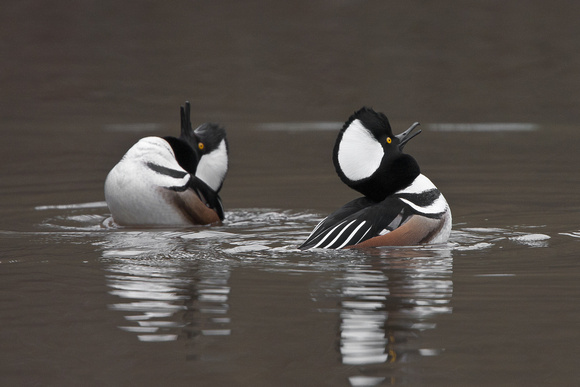 A Snowy Egret showing off its lovely new breeding plumage. 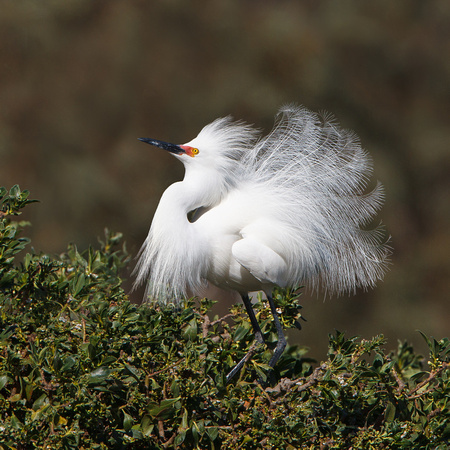 The male Ruddy Duck creates bubbles as it beats its lovely blue bill against its chest feathers. 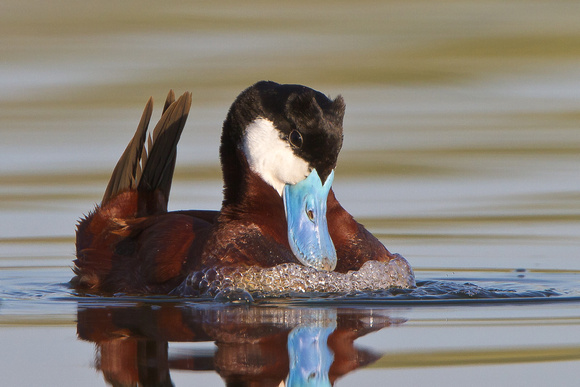 The presentation of food to to a bird's partner is a courtship behavior common among many species.  Here a Trinidad Motmot offers a centipede to its partner. 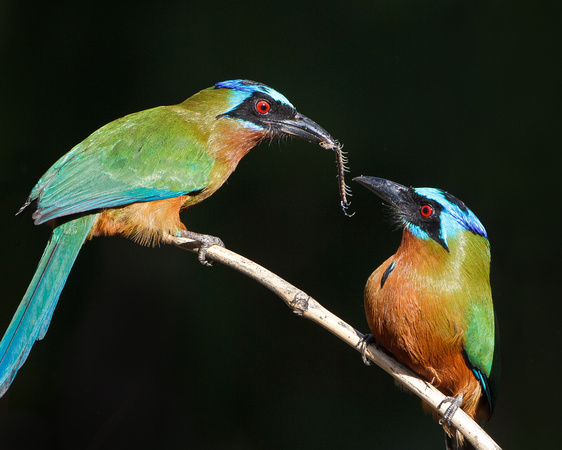 A male White-tailed Kite (left) wins the affection of his partner by handing off a vole in mid-air.

See here for the complete series.

The Greater Sage Grouse has what is among the most complex courtship displays.  Here is one snapshot in a elaborate sequence, where it inflates a pair of air sacs. 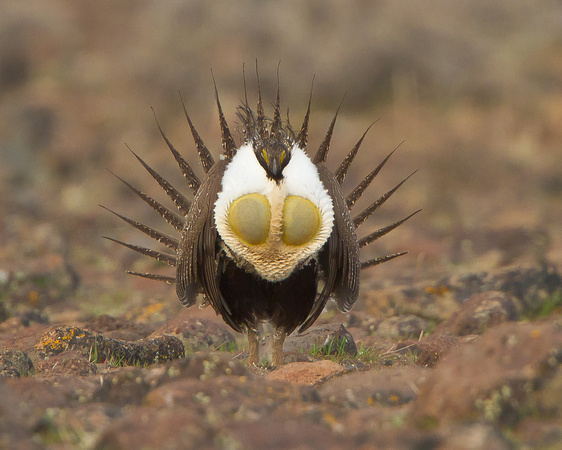 Both the male and female Western Grebes participate in a joint ritual, where they become upright as they run across the water as fast as their little feet will propel them. 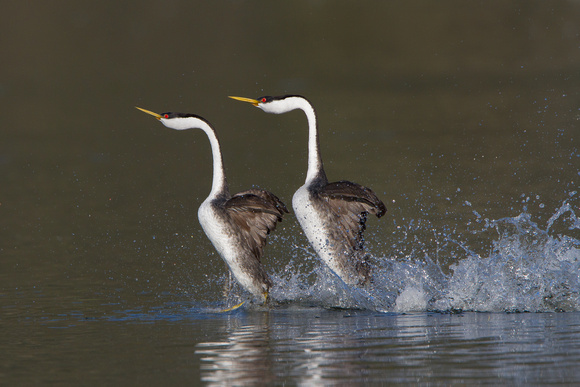 And finally, one Inca Tern bowing to the other. 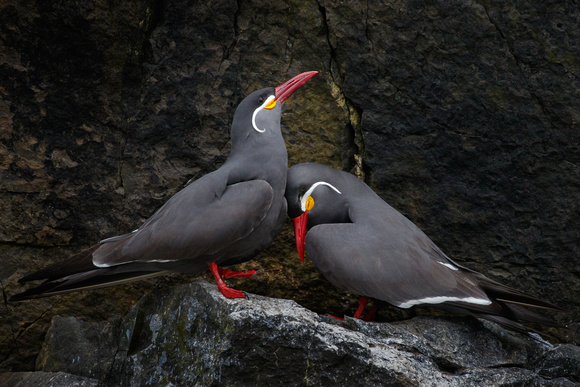