On a recent vacation in eastern Canada, I made sure to include stops at two of the largest Northern Gannet nesting colonies in North America: Bonaventure Island in Quebec and Cape St. Mary’s in Newfoundland.

Most of the colony on Bonaventure Island is spread out over acres of flat land. The photo below captures just a small portion of the colony: 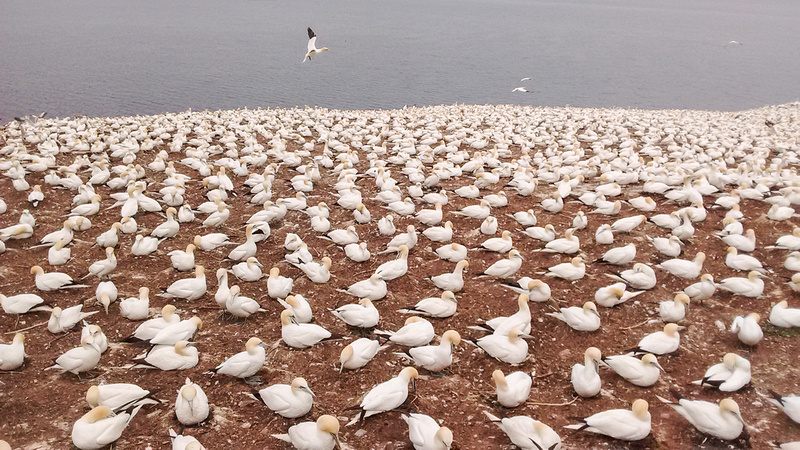 The nesting birds at Cape St Mary’s are more cliff-dwelling: 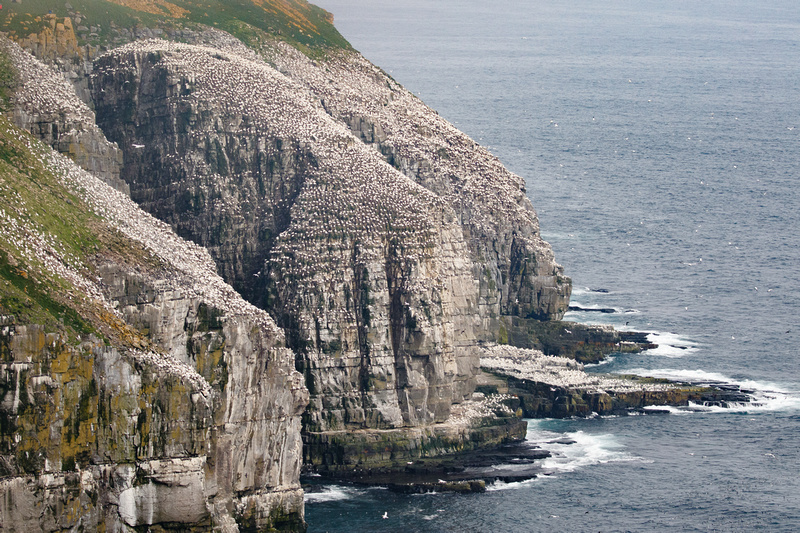 Each of these colonies supports tens of thousands of nesting pairs — nearly all of them jam-packed into as small an area as possible, with each nest often just a foot or two from its neighbor’s.  This close proximity leads to nearly constant bickering over territory.  But in addition to the bickering that goes on in that crowded space you also have lots of courtship and pair-bonding displays and occasional mating going on, plus the continual delivery of nest material. All this activity, combined with the cacophony created by the gannet vocalizations makes for a chaotic scene and a very exciting experience. The video below provides a sample of a typical morning on Bonaventure Island.

The birds’ bill-fencing behavior — which serves as courtship display and pair-bonding — literally stands out above the rest, as seen in the video below.

When shooting still images, I often attempted to freeze and isolate this fencing behavior: 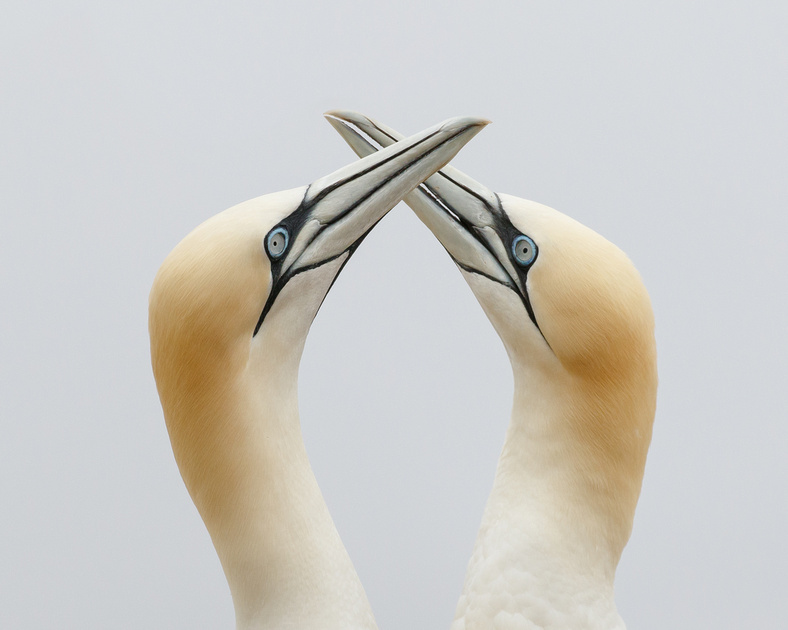 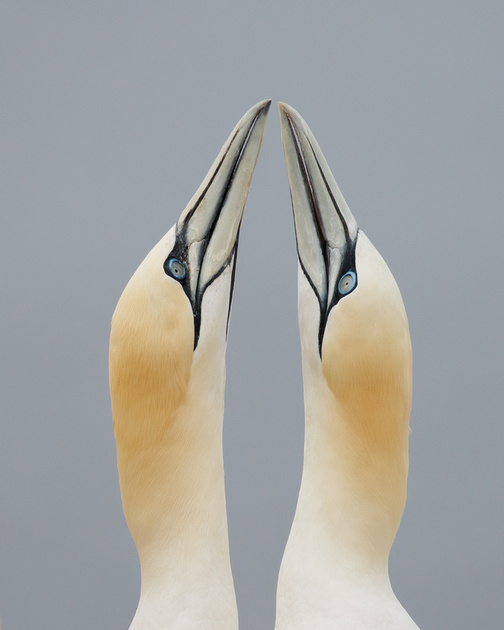 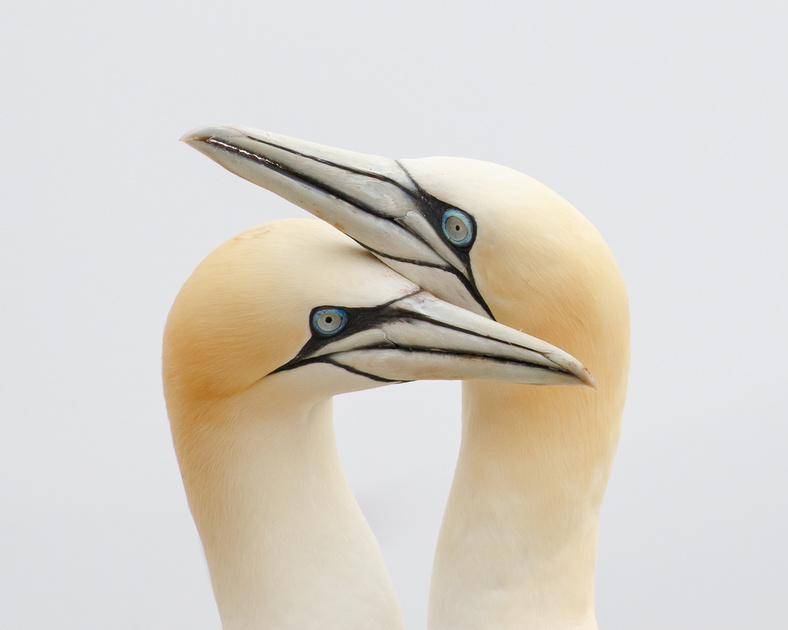 Although the nests were often not much more than a shallow depression, there was a constant flow of birds bringing vegetation (usually seaweed) to line their nests. 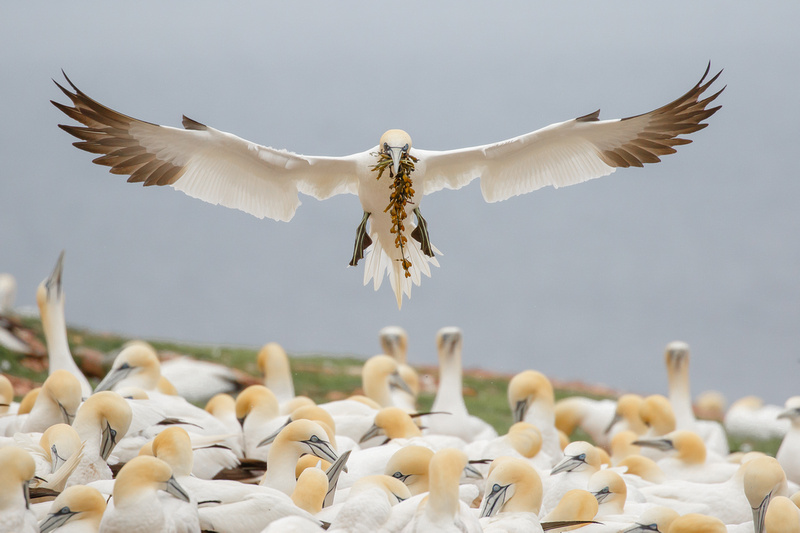 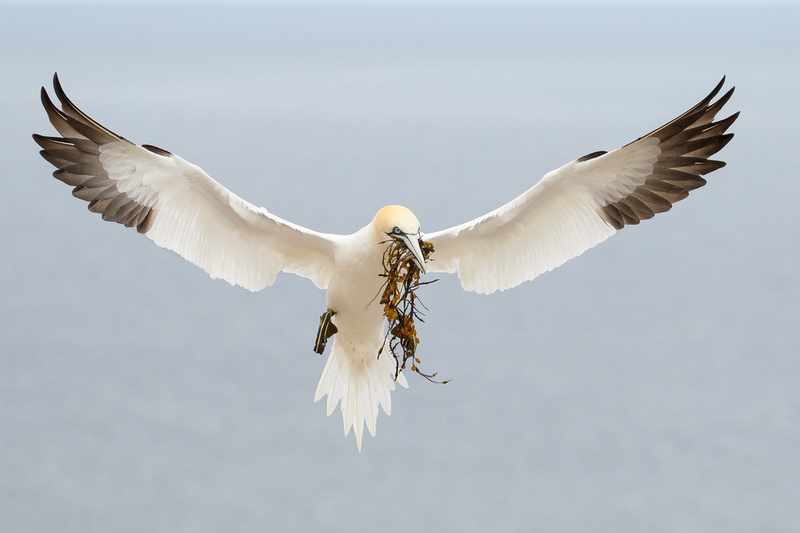 Mating is certainly not a private affair: 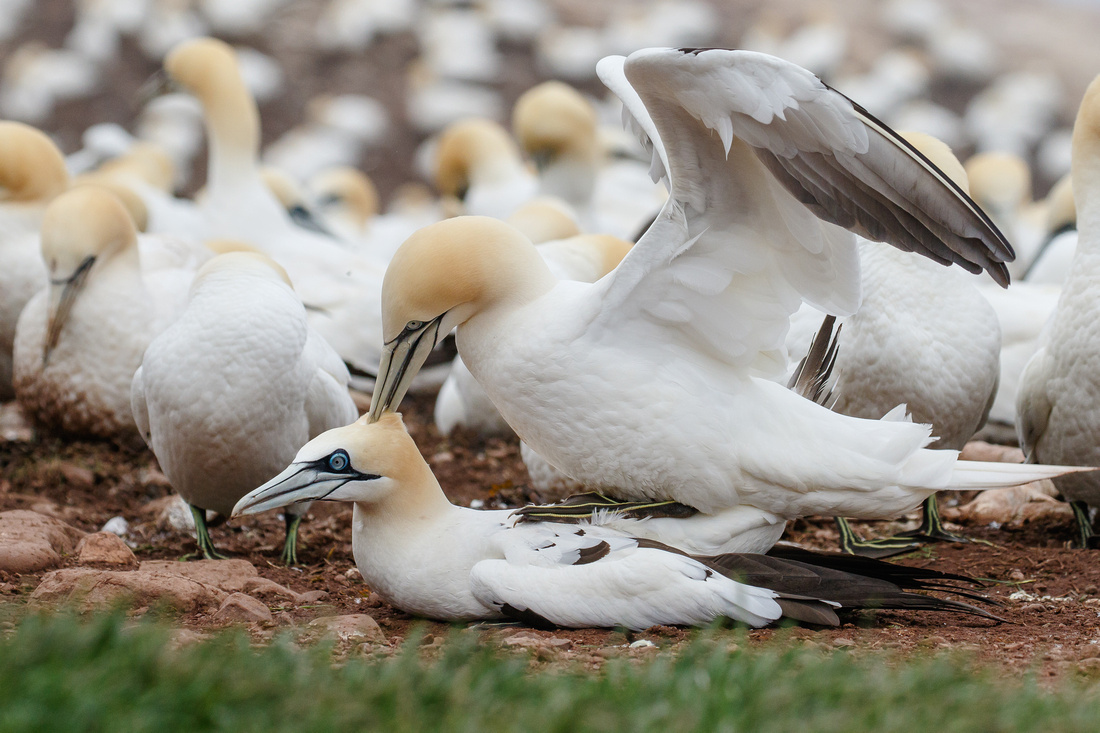 As mentioned above, the bickering among the birds was always present — just part of being a gannet, I guess.  Usually, it’s just a simple short spat, as seen in the earlier video. Another example, as seen in the photo below, shows one bird taking a little nip out of another’s tail as it comes in for a landing. 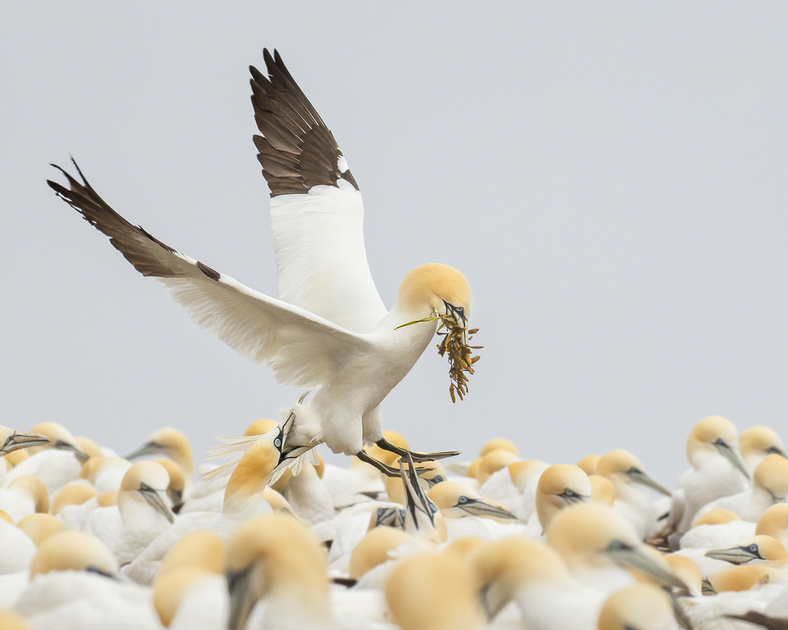 Northern Gannet, arriving with nest material as another nips at its tailBonaventure Island, Quebec

Sometimes, however, the bickering turns into violent fights which can last for several minutes and are difficult to watch. Photos of that behavior have not been included here.

Our visit took place fairly early in the season, when most of the nests still had incubating eggs.  I did get one short glimpse of a very young chick, however: 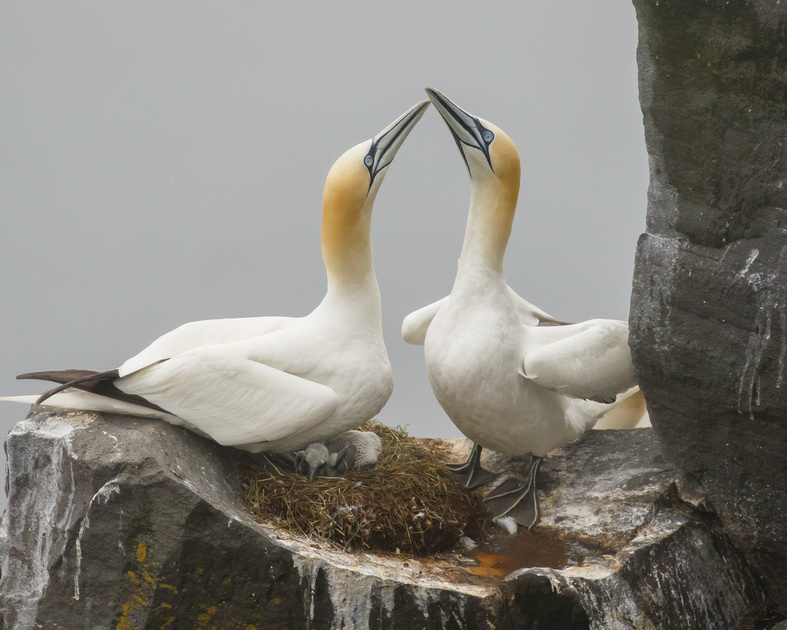 More photos of Northern Gannets can be found in this gallery.