Eating On The Run

White-tailed kites usually consume their prey (typically a small rodent) by first carrying it to a safe perch. They then methodically open up the prey with their beak, remove the entrails, and then feast on their meal. The kite shown below, however, found a small vole and apparently decided to bypass the usual formalities and simply dispatch the vole while in flight.

In the photo below, the kite catches its prey: 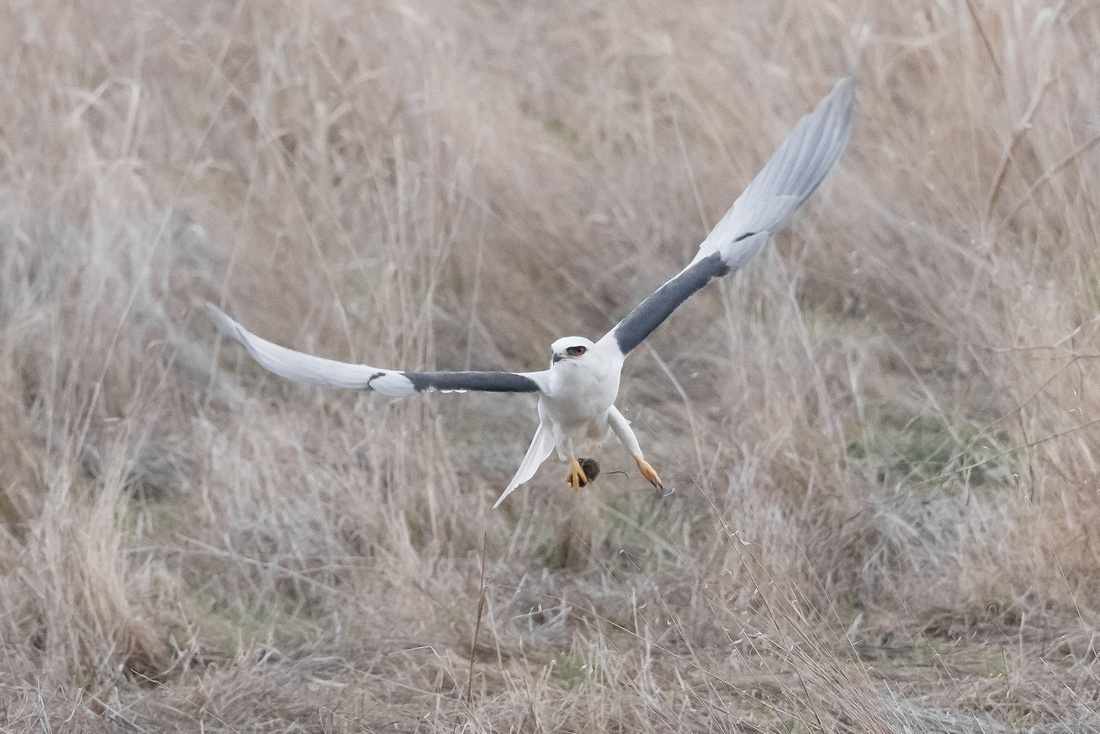 The kite examines the vole from above: 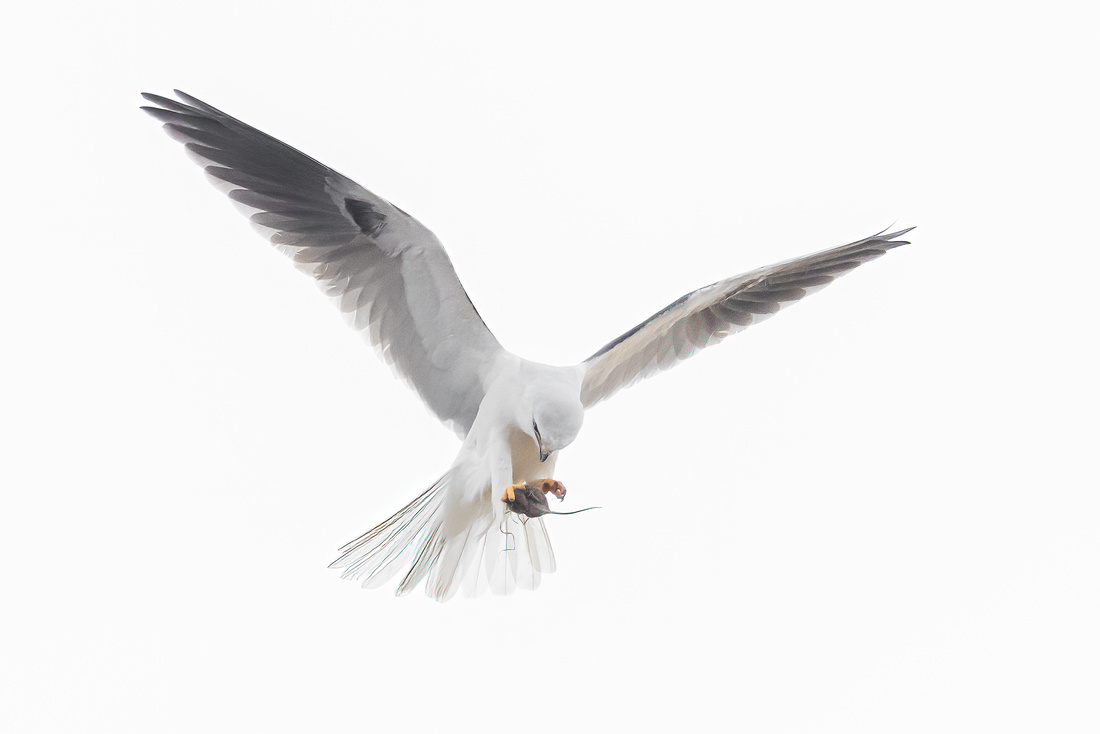 Instead of flying off with its prey, the kite begins to transfer it from its talons to its beak: 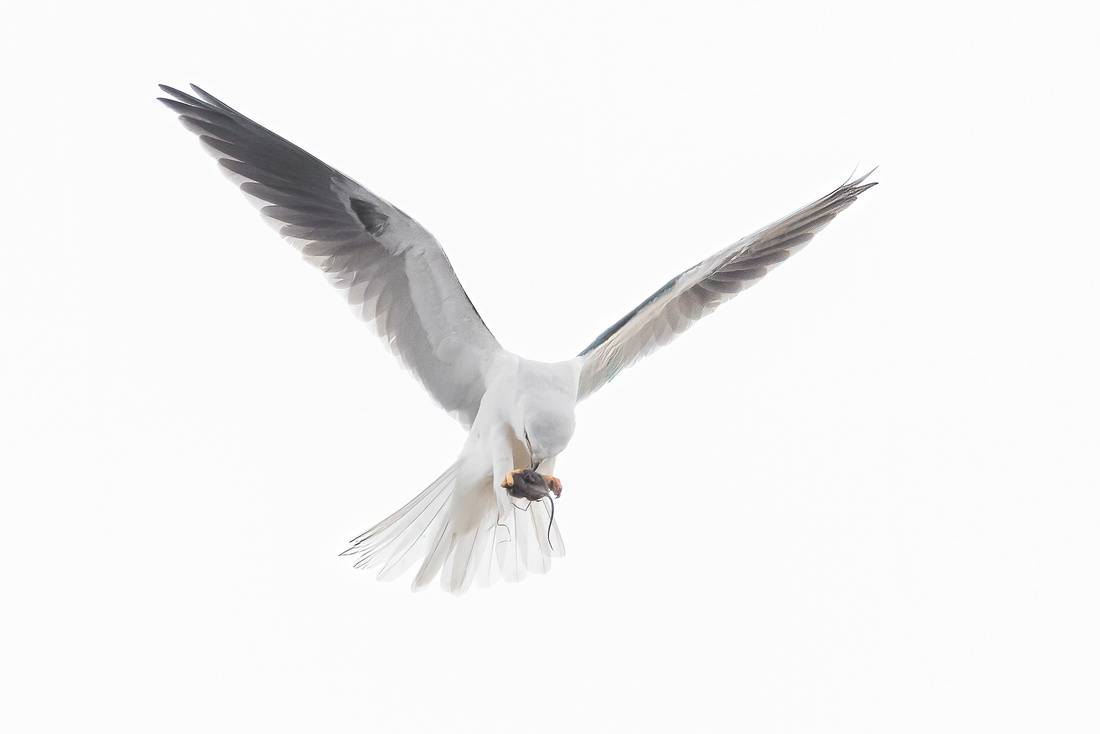 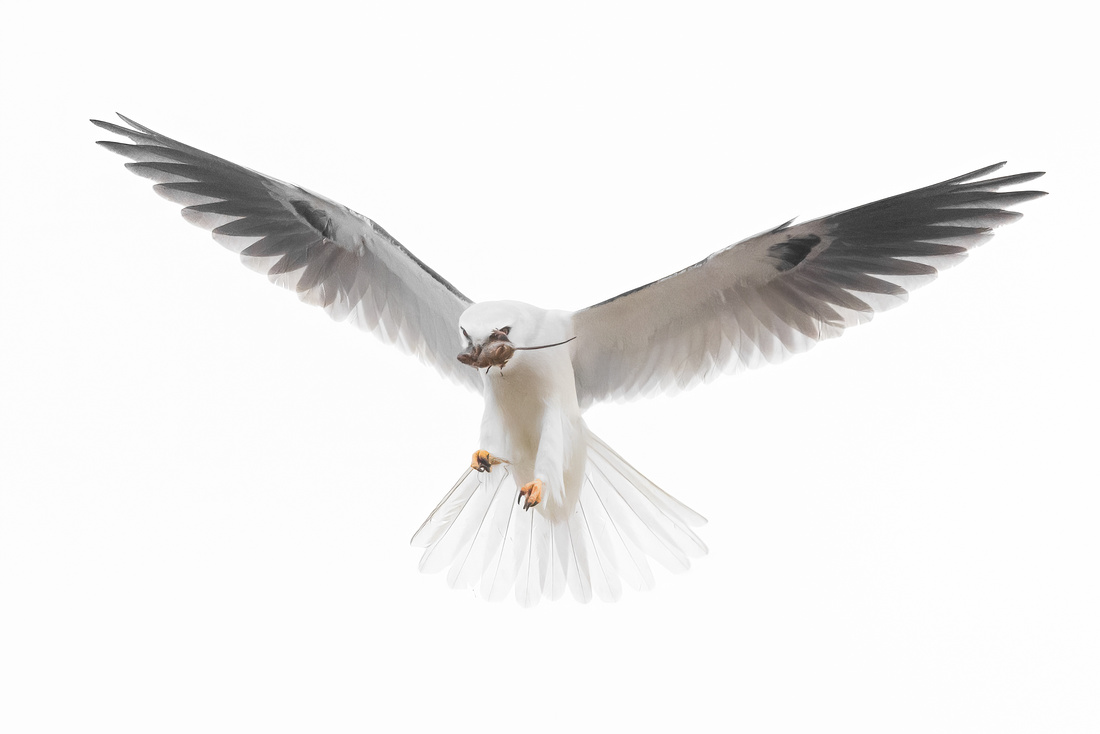 The kite prepares to swallow the vole by positioning it head-first: 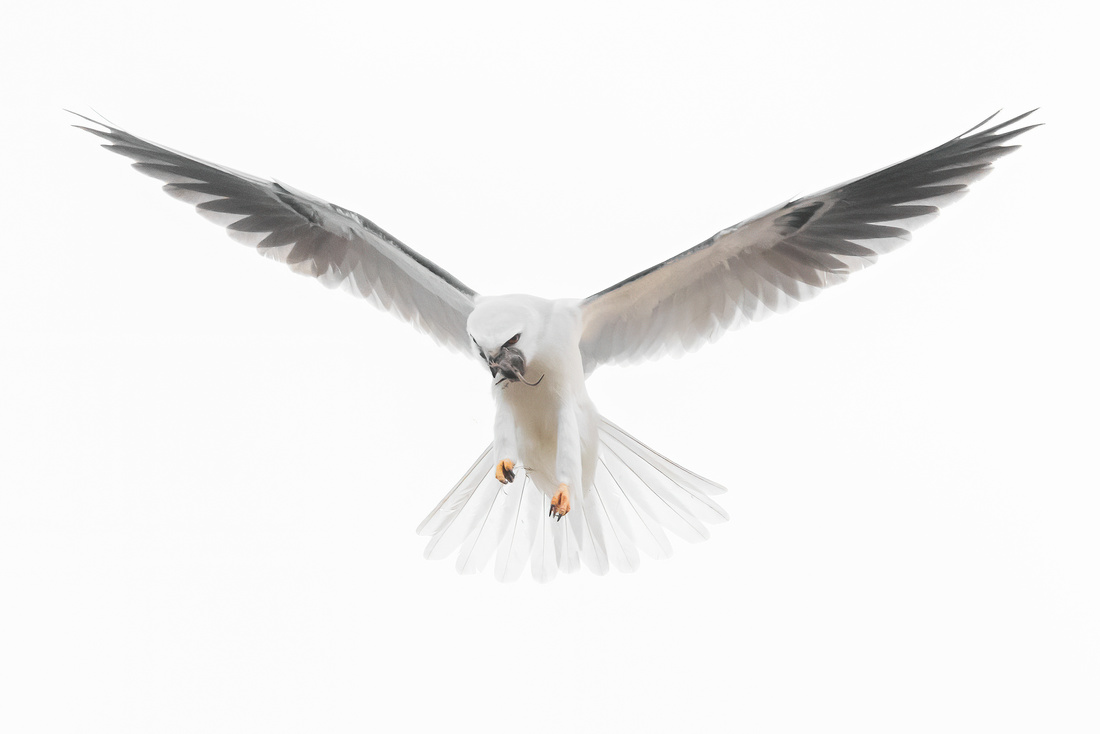 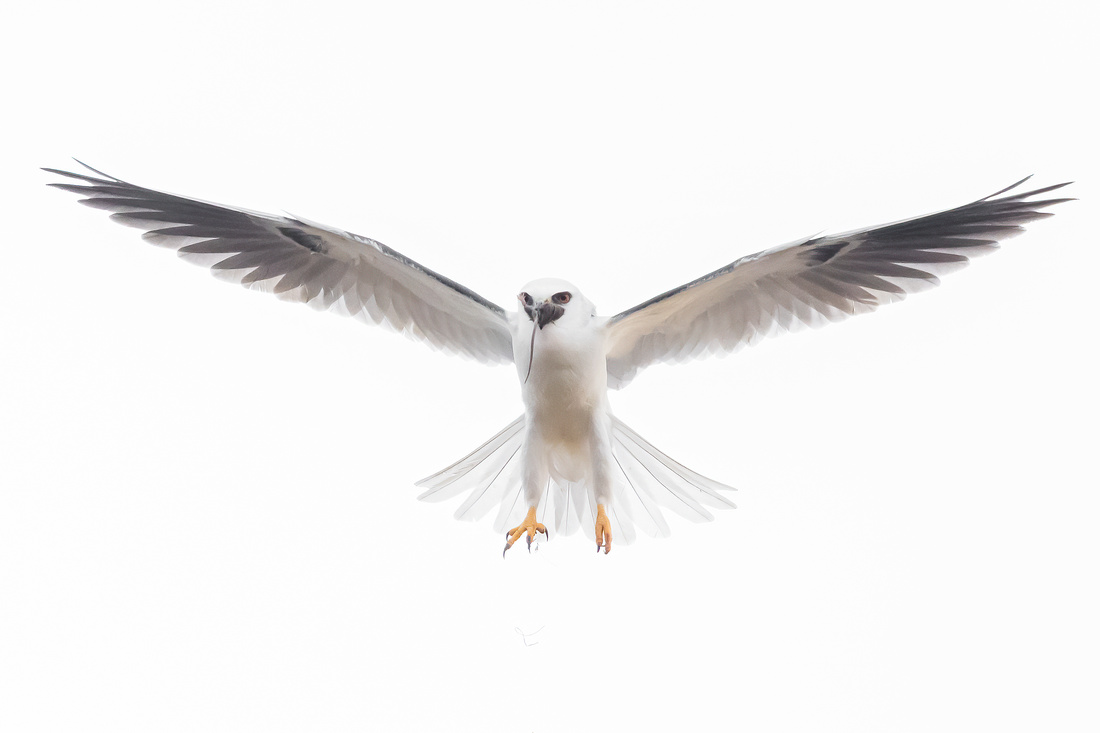 It's difficult to make out, but at this point you can just see a small foot on the left and the end of the vole's tail on the right side of the mouth: 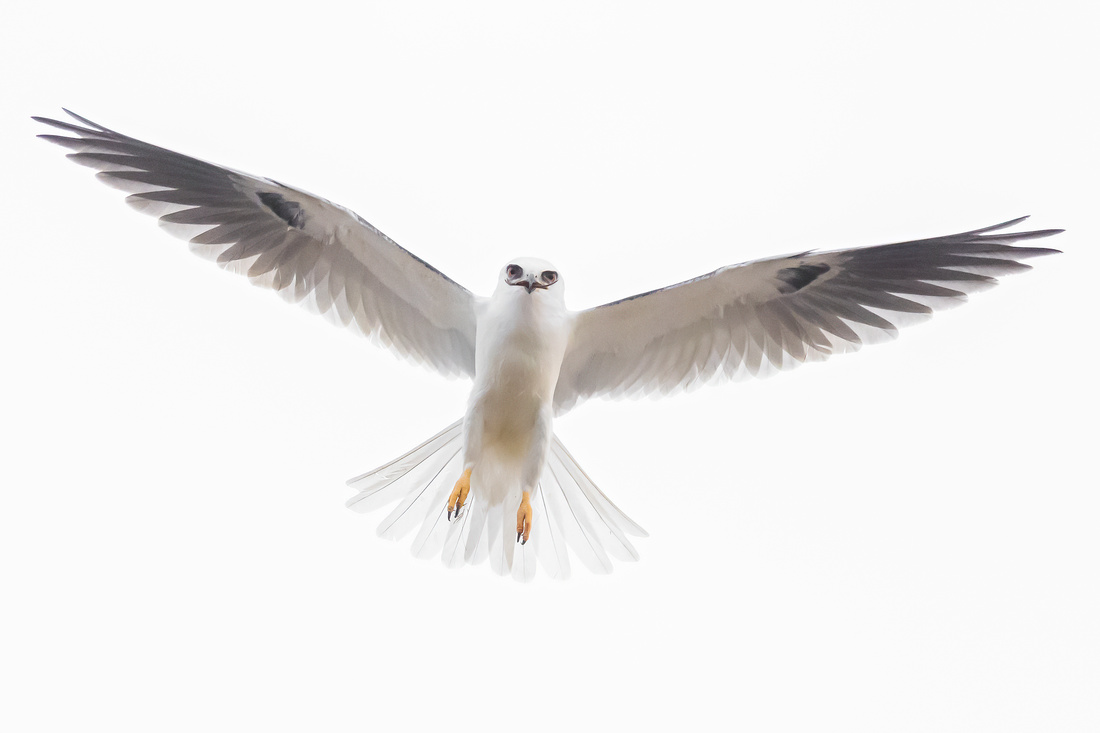 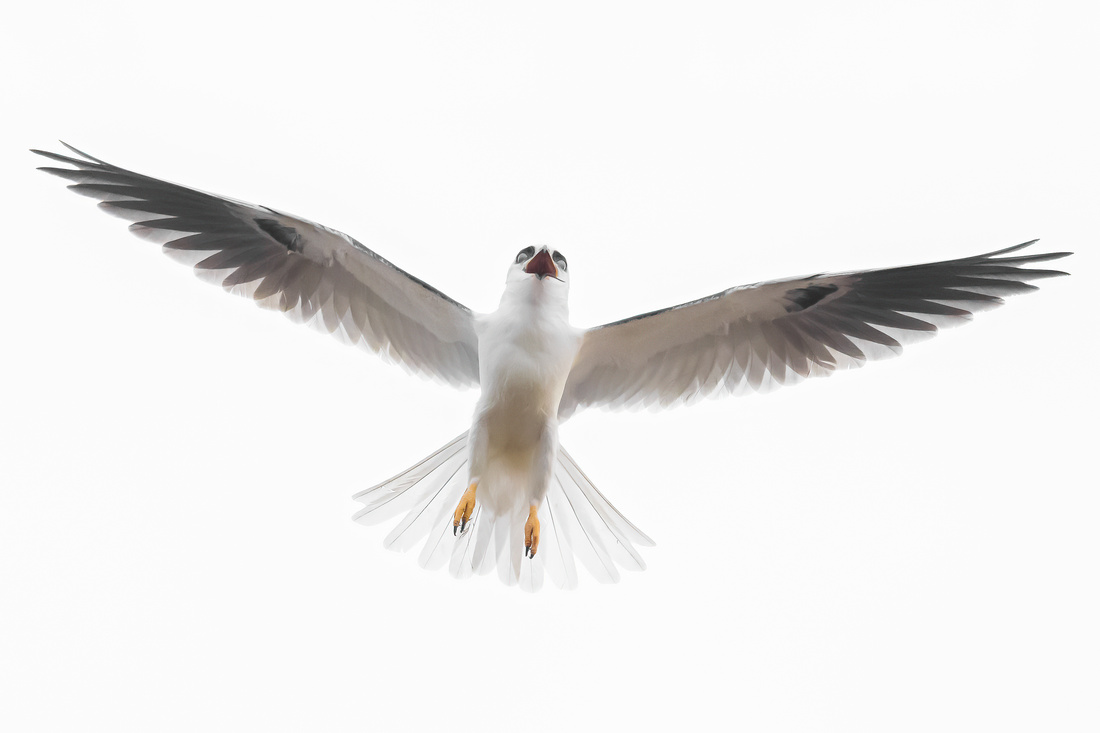 The kite then proceeded to continue hunting for another meal by patrolling for voles from above.

And here's a video of another vole exhibiting the same behavior: