Among all of the avian species in the world, the skimmer is unique. A specialized beak, where the lower mandible is longer than the upper, allows for an unlikely, but effective, feeding behavior. The bird flies just above the surface the water with beak open, allowing the lower mandible to slice (skim) through the water. When a fish is encountered, the beak snaps shut, capturing the prey as the bird continues its flight.

There are three species of skimmer worldwide. Photos depicting the feeding behavior of the Black Skimmer (found in the Americas) are seen below.

Here's a closeup of the skimmer's beak design: 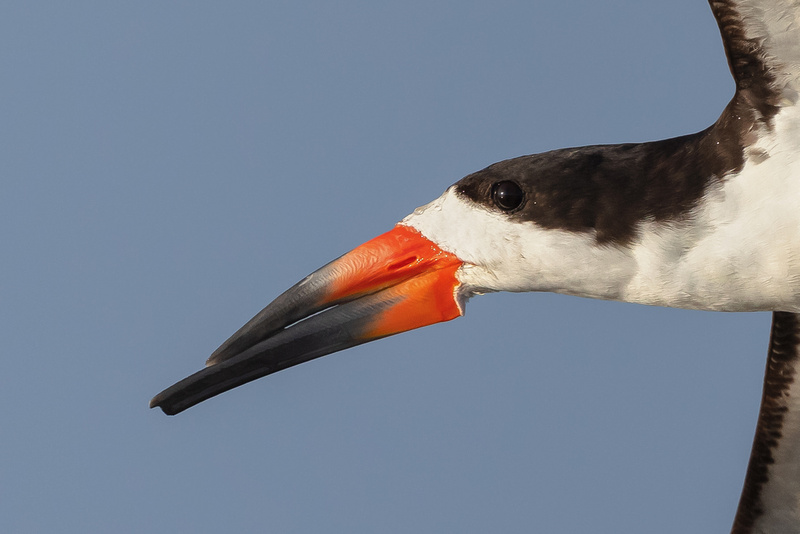 Skimming across the water in search of fish: 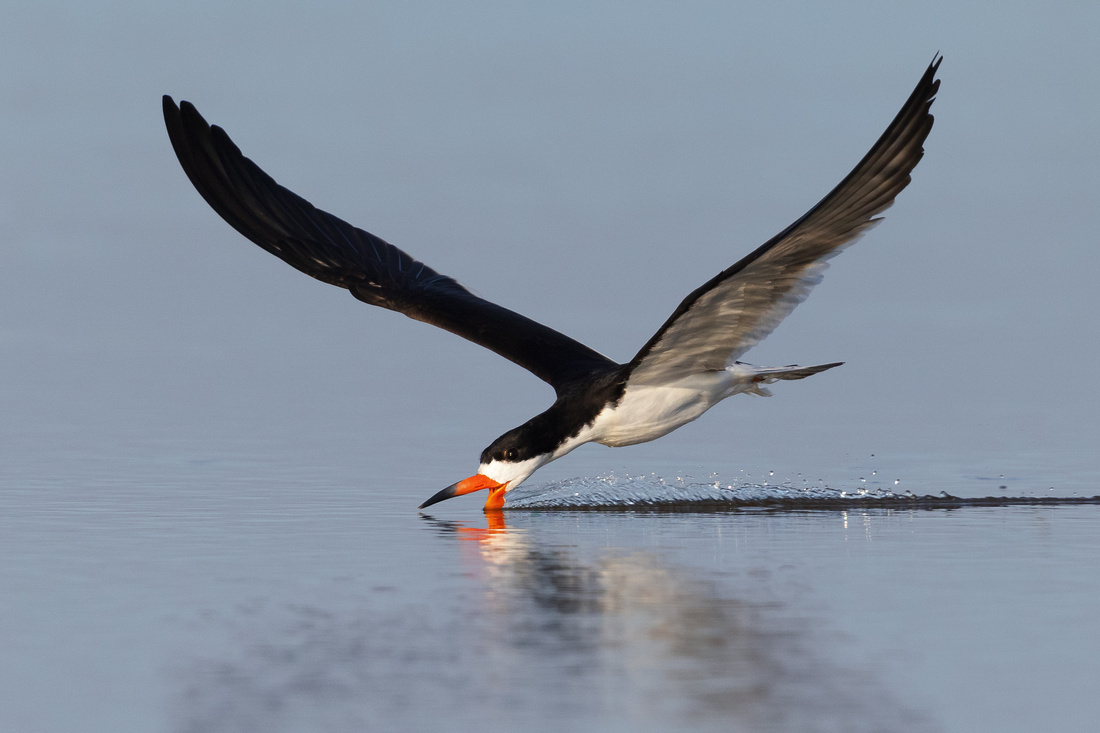 The beak dips down as it encounters a fish: The beak snaps shut, and the skimmer extracts the fish from the water: 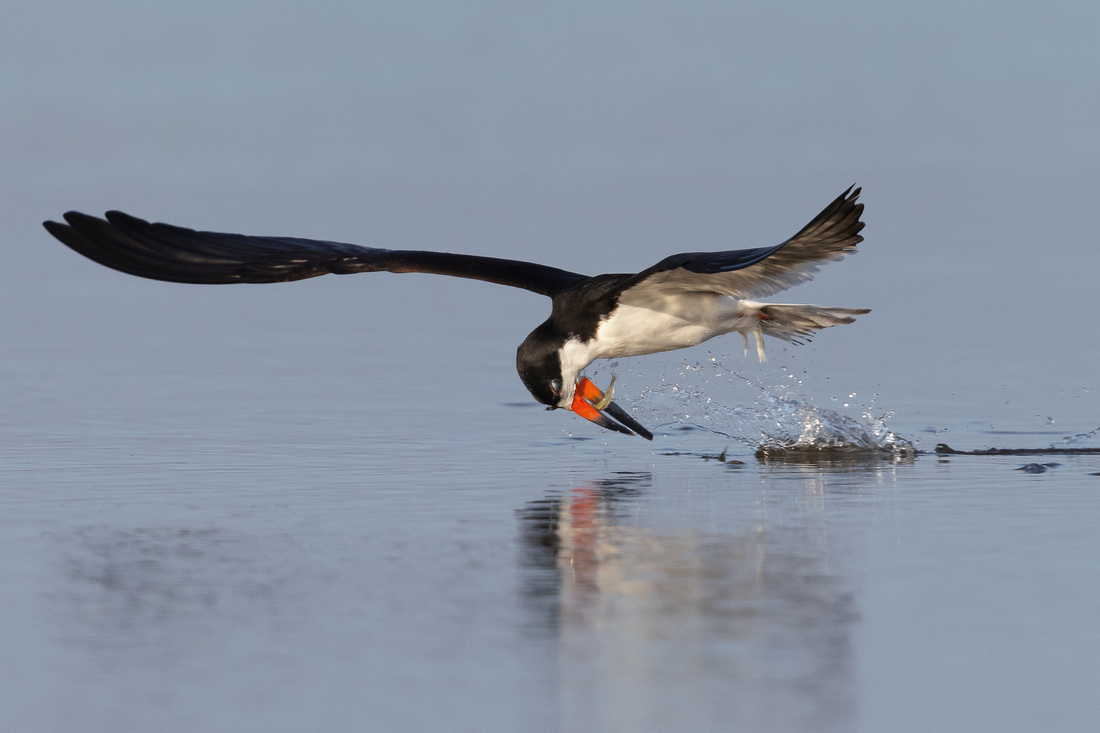 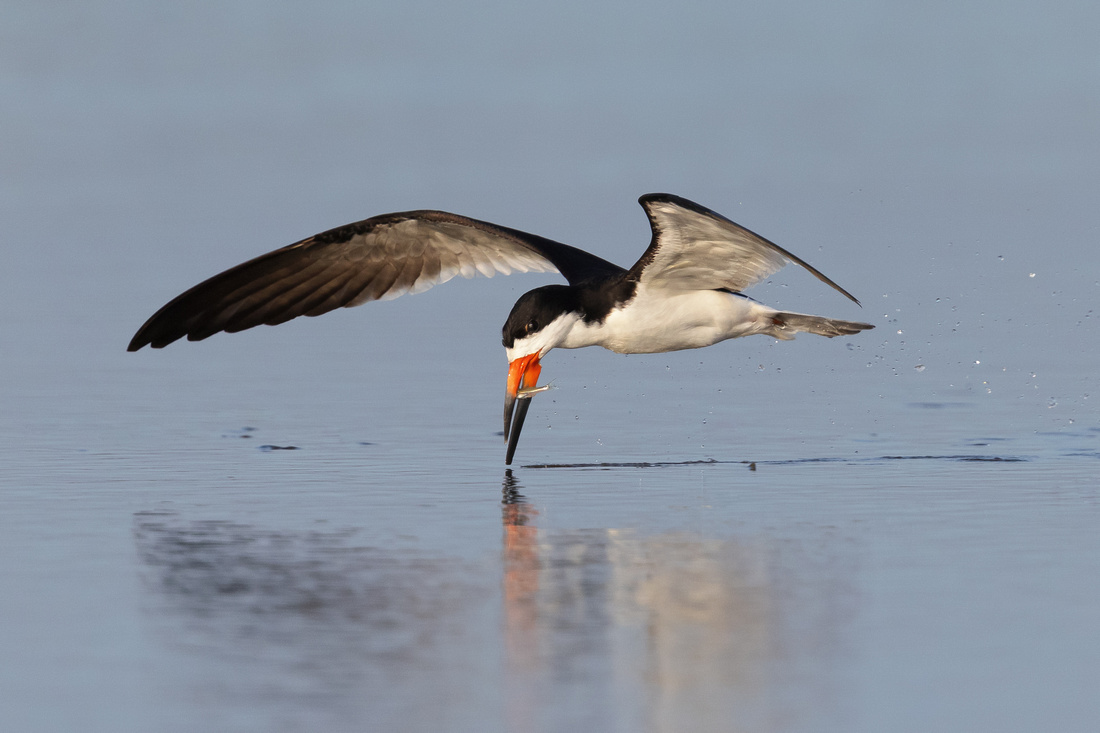 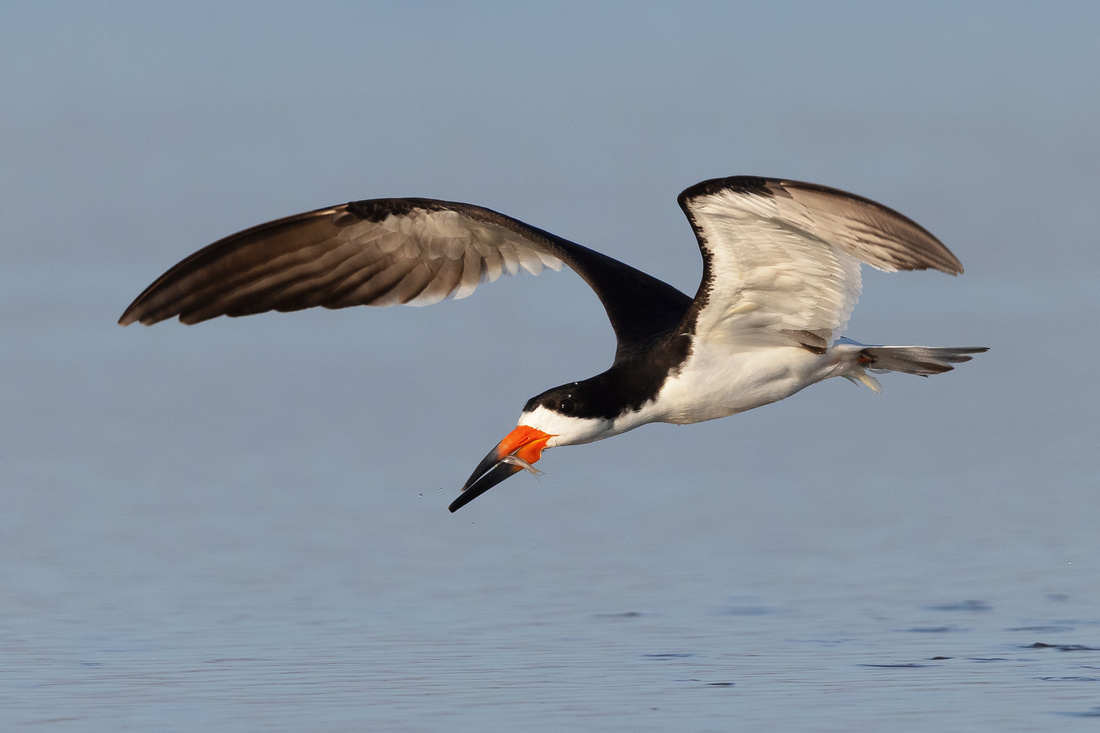 Any fish in the skimmer's path will often scatter in at attempt to escape the approaching threat. Here's one lucky fish: 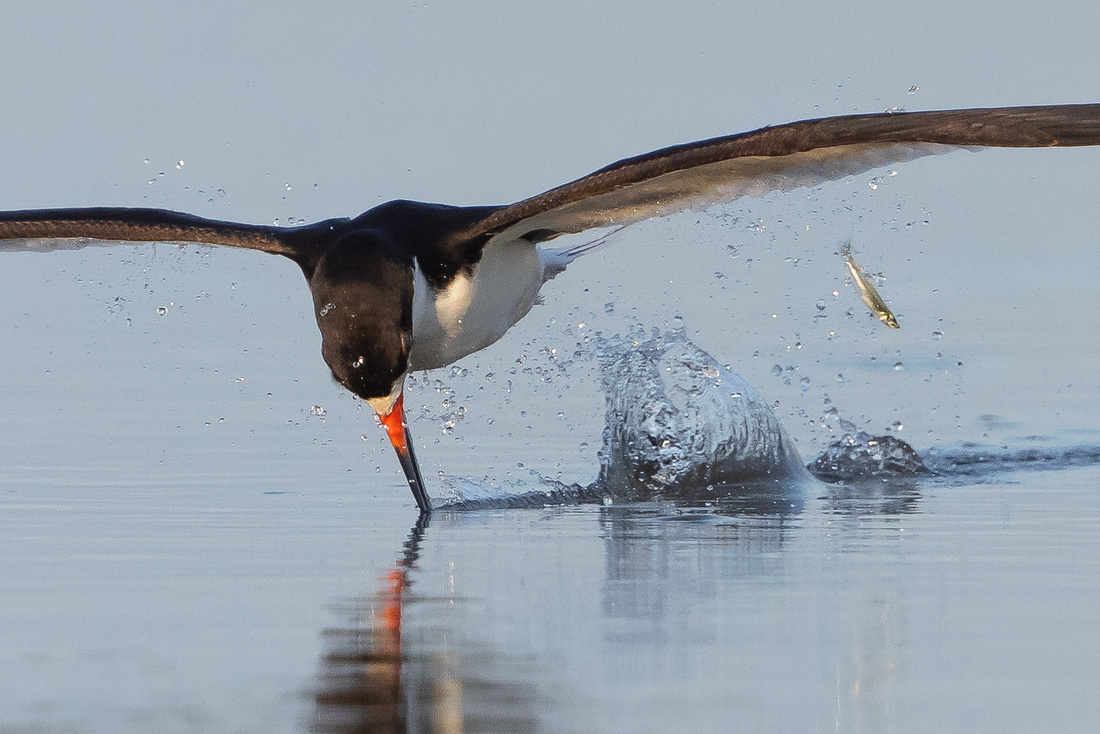 And sometimes it's the skimmer who gets lucky by finding a bonus in its beak: 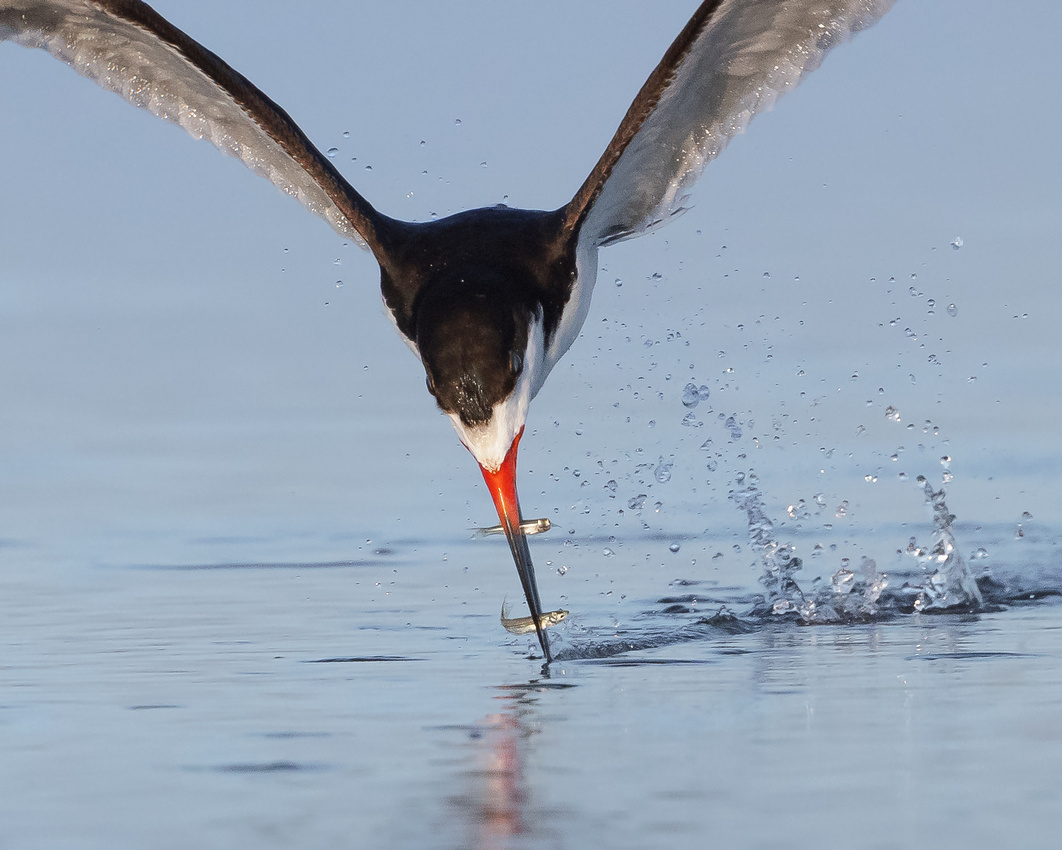