Black Skimmers are very entertaining birds. They’re best known for their amazing feeding behavior: flying (skimming) just above the surface of the water with the lower mandible partially submerged, hoping to encounter a small fish, which it will then snap up (see here). But they show off incredible flight displays as well. The best example of this behavior is during nesting seasons when the birds’ nests are crowded together, leading to aggressive behavior between two disgruntled individuals. A squabble can escalate into a dramatic aerial chase, when the two birds take to the sky in a mid-air battle, with one bird chasing the other as they vocalize with their barking (honking?) voices. The chase generally lasts just a few seconds, after which they both fly back down to join the nesting colony as if nothing had happened. This behavior is a delight to watch and photograph. Below are a few examples of their high-speed interactions. 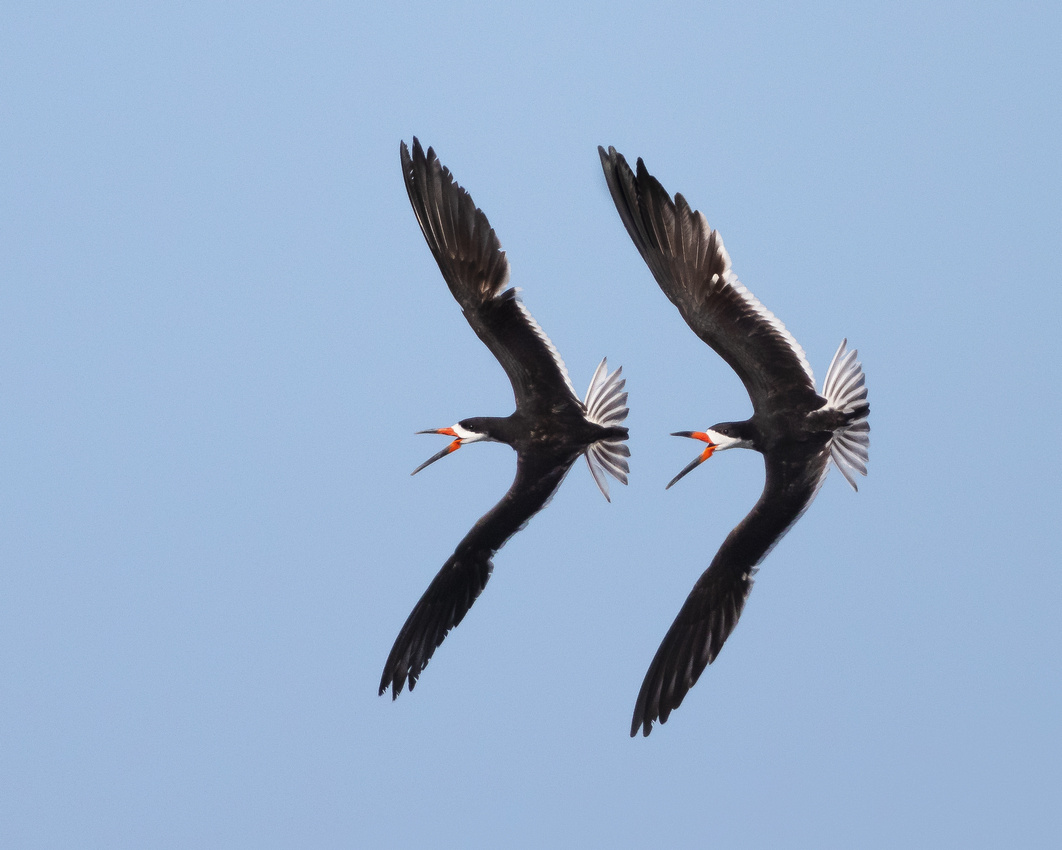 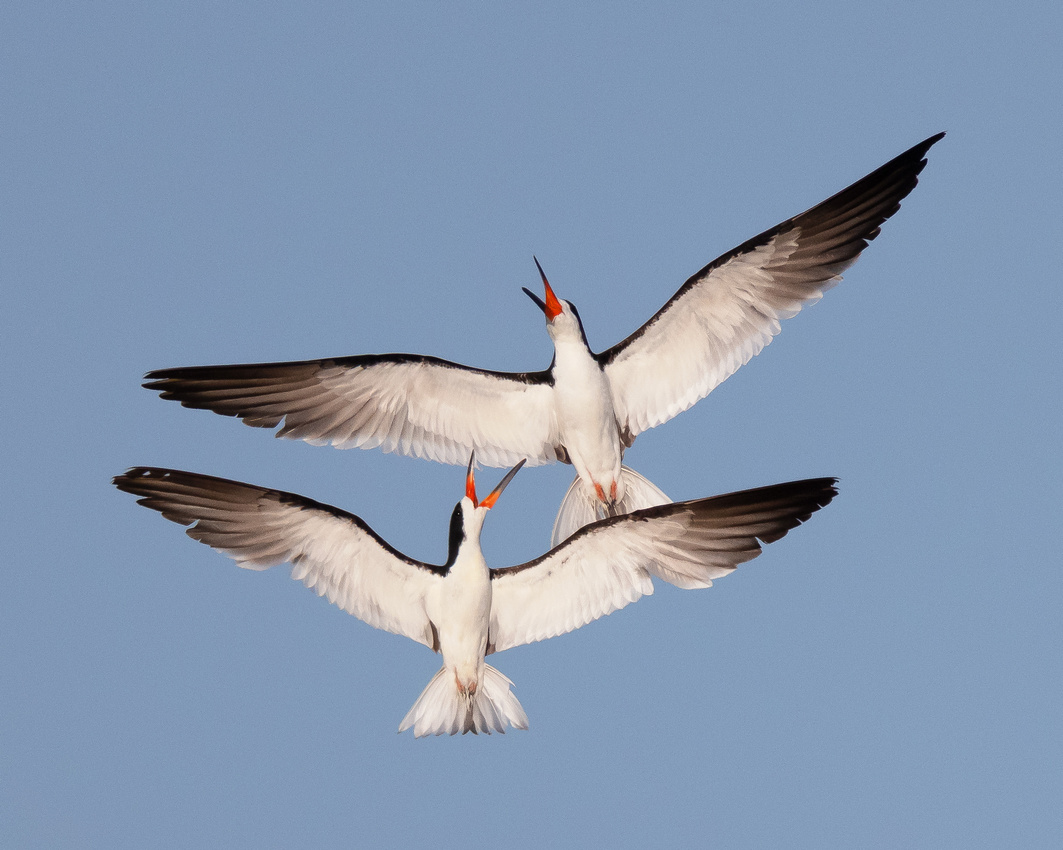 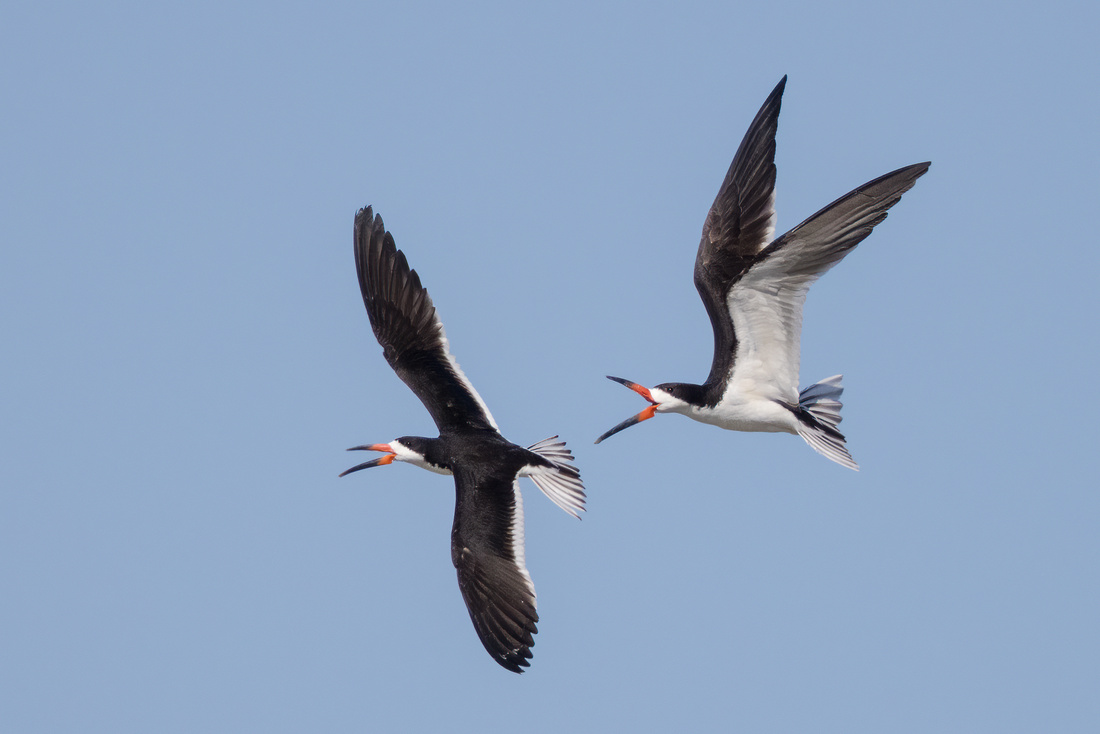 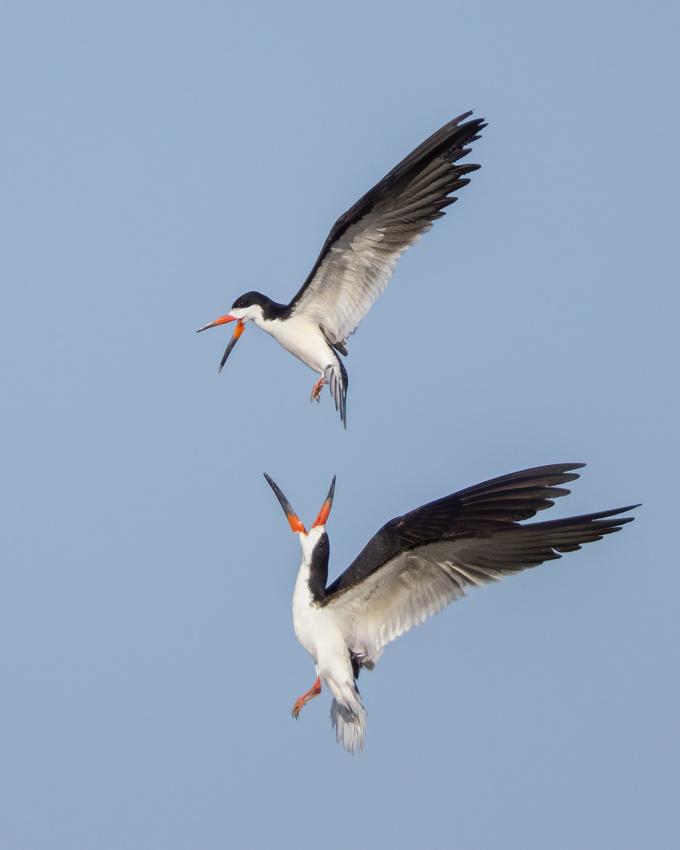