A Fledgling Learns to Feed

The Verdin, a common bird of the Sonoran Desert, frequently feeds on the flowers of the Ocotillo plant -- not by gleaning insects (their typical diet), but by piercing the base of the flowers to obtain the nectar within. These birds are quite adept at obtaining nourishment and liquid in this manner, but not so for young fledglings.  On a recent desert trip, I was able to witness and photograph the antics of a recently-fledged Verdin as it learned to feed on these flowers, often without success. 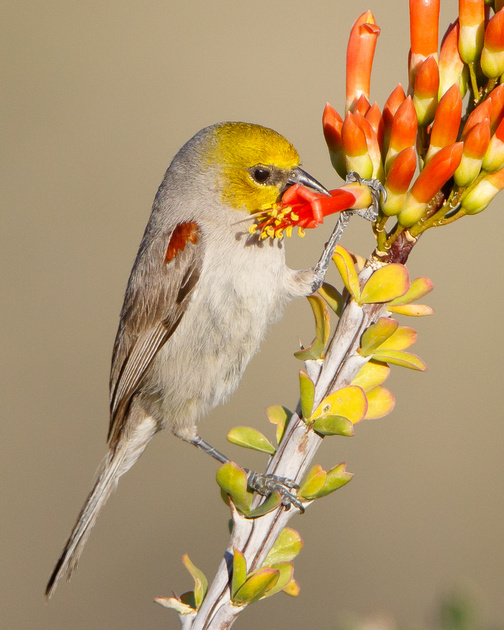 At first, this recently-fledged Verdin would beg for food from its nearby parent by fluttering its wings: 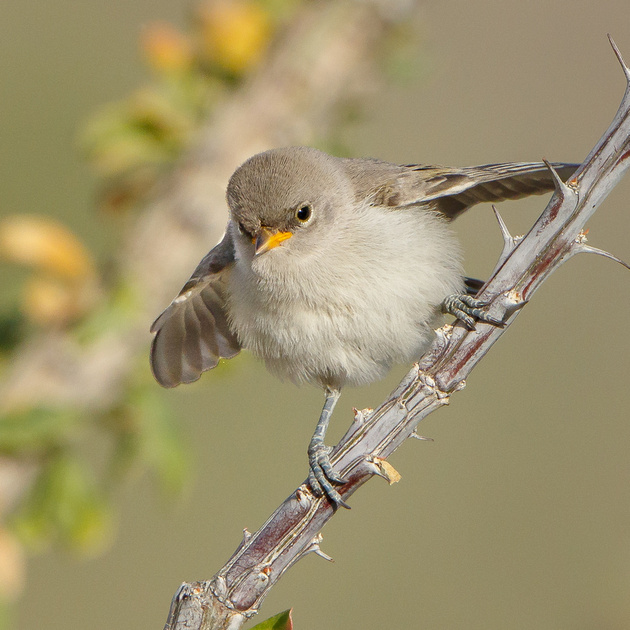 Below, our young friend, amidst an abundance of food, appears not to know how to approach the task of feeding: 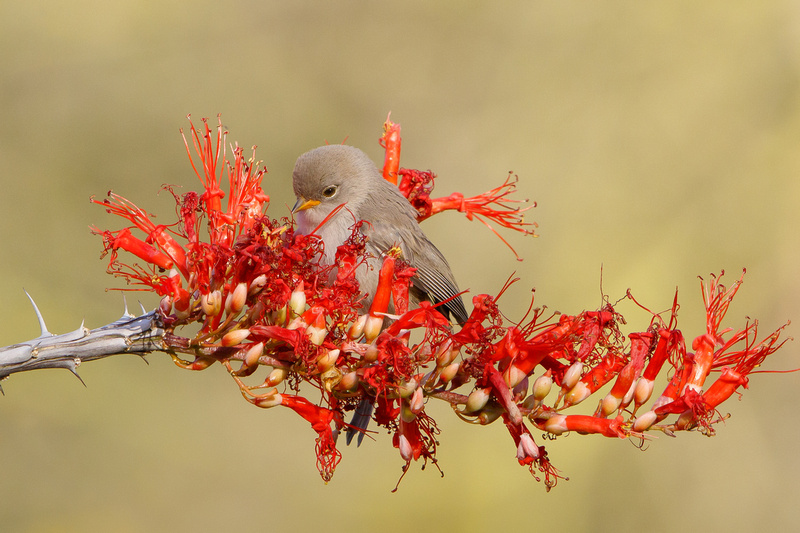 Here the young bird has found a flower to work on, but is using the wrong technique, as it approaches the flower from above instead of at the base. Also, he has chosen a dried out blossom which would not yield nectar: 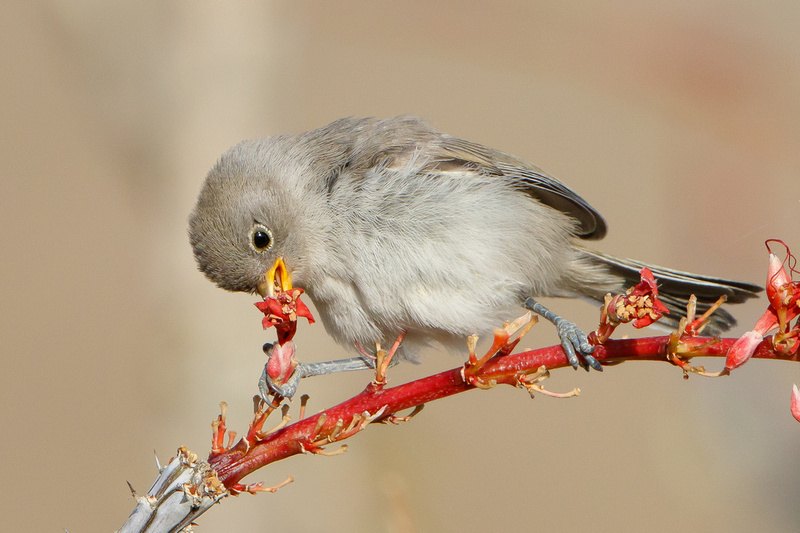 Here he finds a good flower to feed on, but technique is still a problem, as the fledgling pulls at the flower instead of piercing the base: 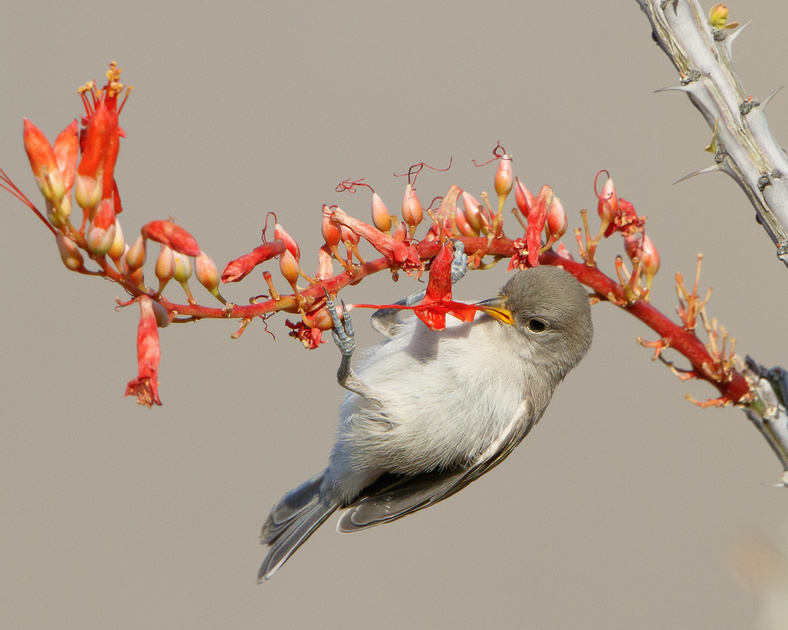 Tugging the flower by the inexperienced bird leads to unforeseen developments: 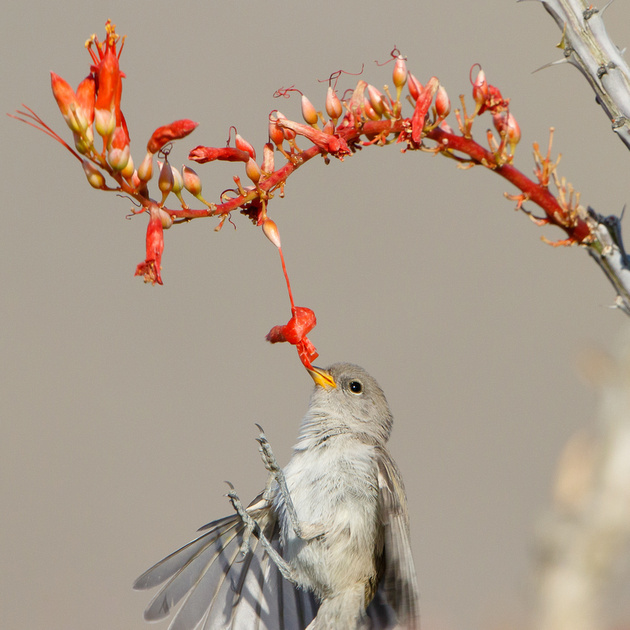 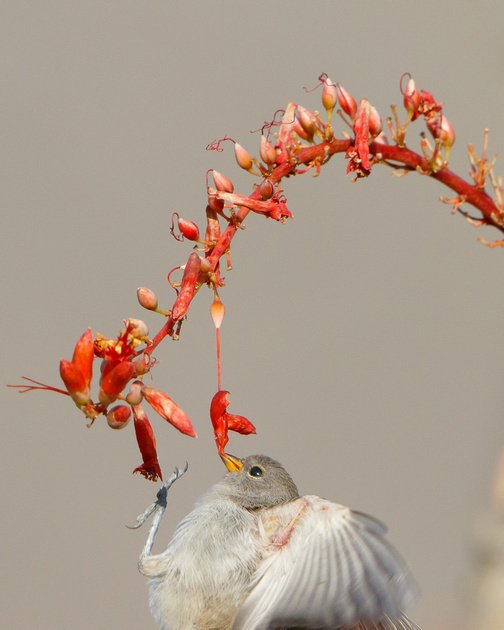 And sometimes just hanging on is a challenge, let alone feeding: 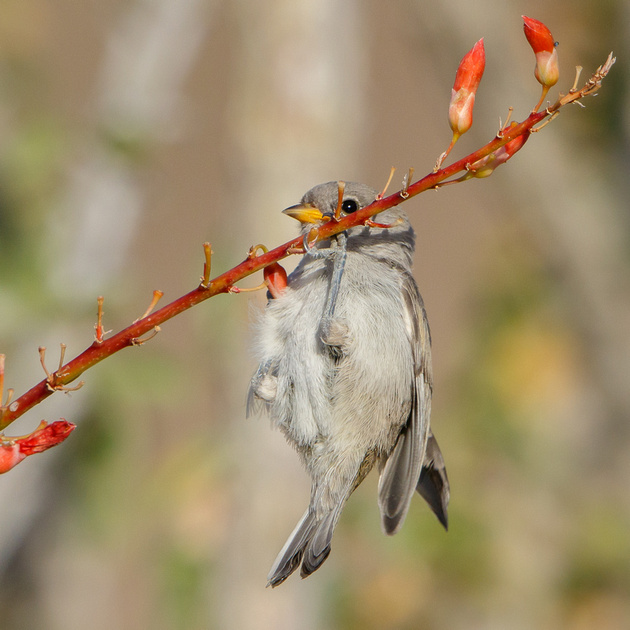 But eventually, the fledgling's practice begins to pay off, as the little guy is seen below demonstrating the proper feeding technique. Unfortunately, the flower he's working on seems to be pretty dry. 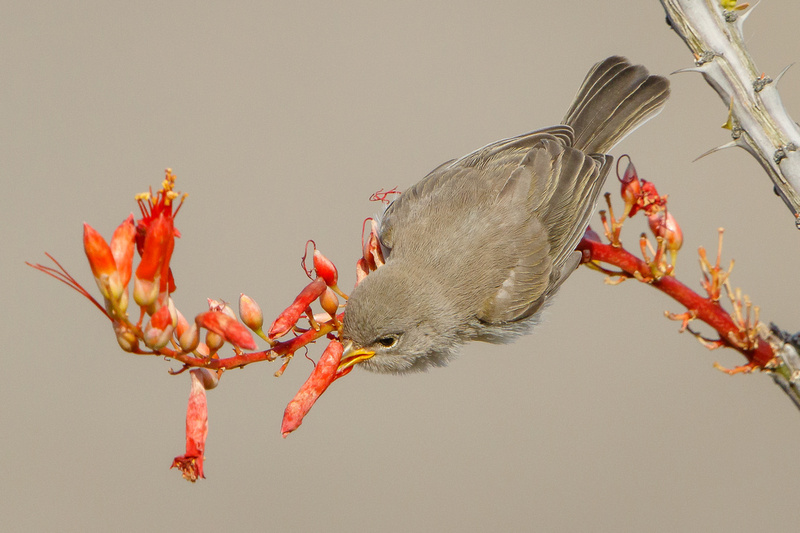 I expect that this persistent fledgling will have perfected his flower-piercing technique after another day or two of practice.  Then he'll have to learn how to catch insects!