A Great Blue Heron is in for an unpleasant surprise when he catches a resourceful snake.

When I encountered the heron, seen below, he was tugging, with all his strength, at something underground. I didn't know what it was until ... The heron tugs at the snake, but it has a strong grip on vegetation below. 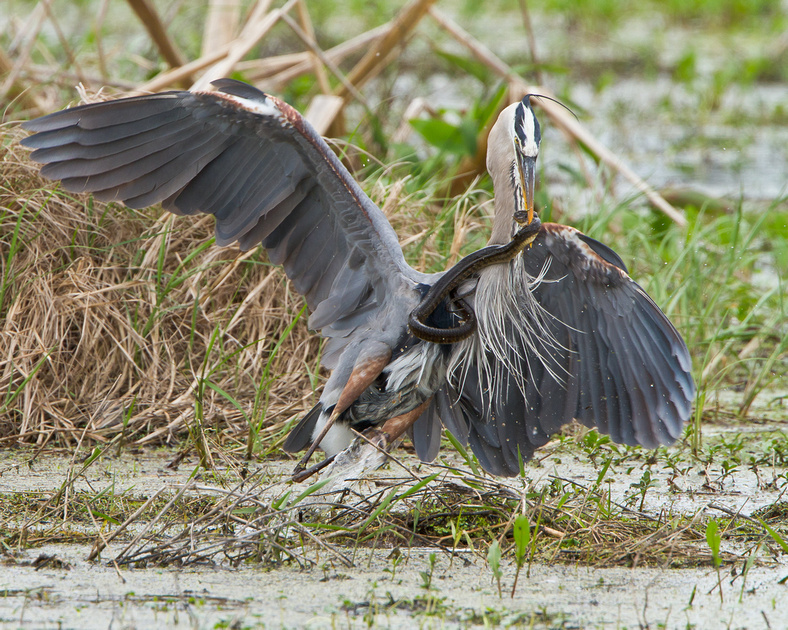 It's a Green Water Snake, but the heron doesn't much care.

The heron excitedly carries it off to a safe place, where it will consume its prey (a Green Water Snake):

The heron runs off to eat its meal.

But the wily snake has other plans, as it quickly begins to wrap itself about the heron's head: 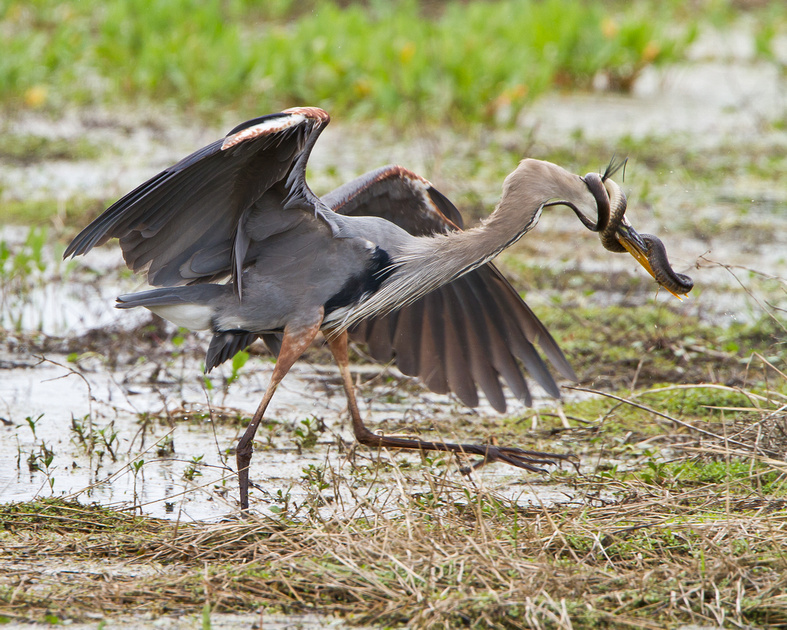 But the snake has other plans, as it begins to wrap itself around the heron's head.

The heron soon realizes that his meal will, at best, be delayed, as he finds himself tied up by the snake:

The two combatants have arrived at an apparent stalemate. The heron has a secure grasp of the snake's head, but to let go could lead to a nasty bite. The snake is wrapped tightly about the heron's head and neck, possibly cutting off the heron's air supply, but it seems to have no "next move".  This standoff lasted for several minutes: 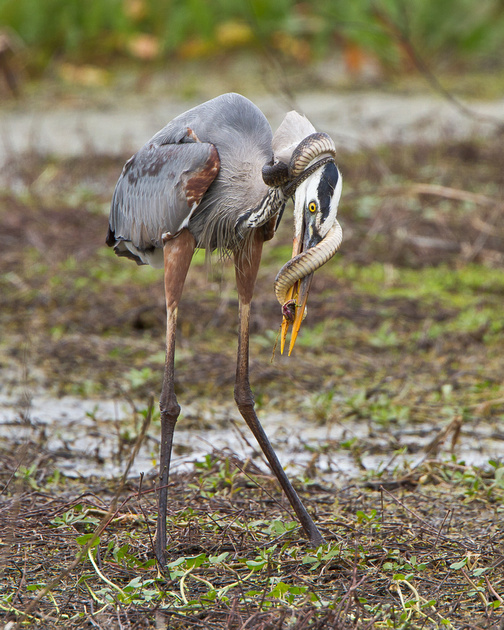 Eventually the heron, with a great thrust and yank of its head, was able to dislodge the snake: 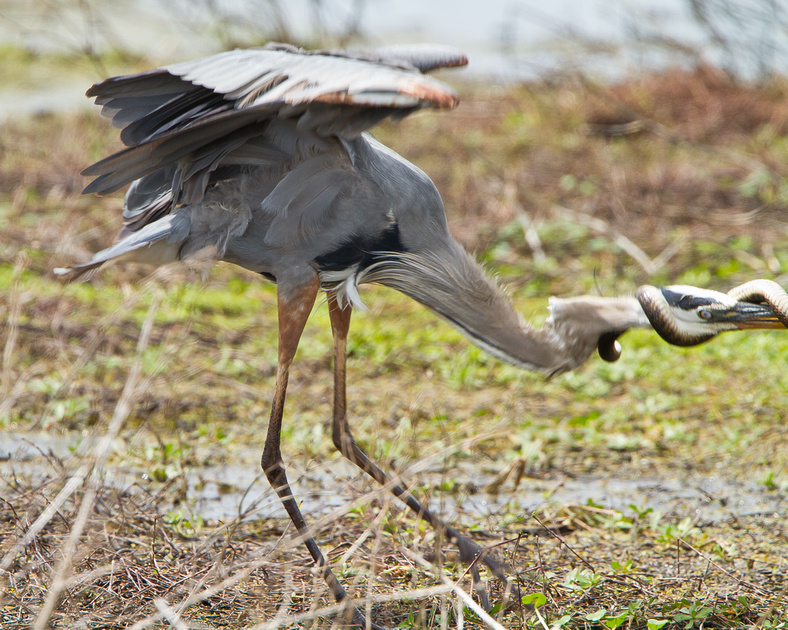 The heron attempts to dislodge the snake by jerking its head with tremendous force. 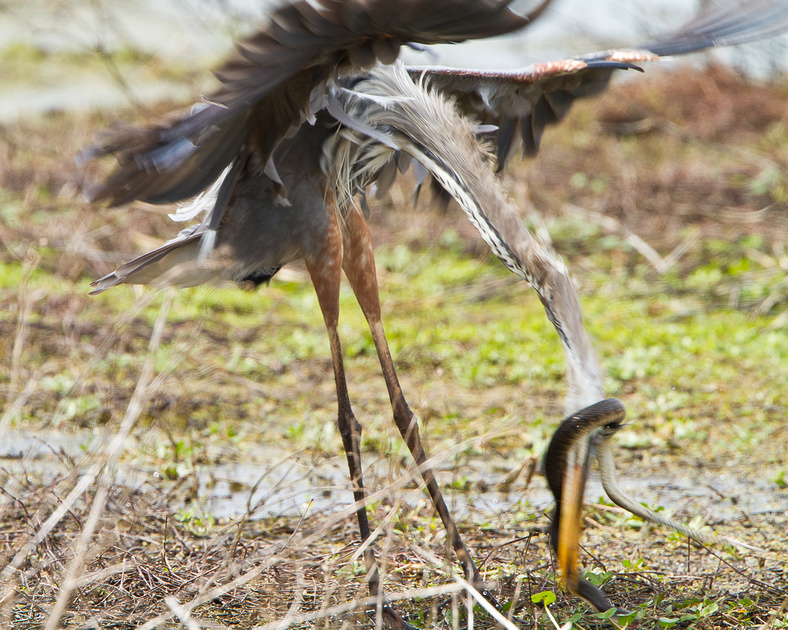 It works! The snake comes free.

The fight continued, but the heron now had the upper hand:

The heron proceeds to dispatch the snake, but a bit more cautiously this time. 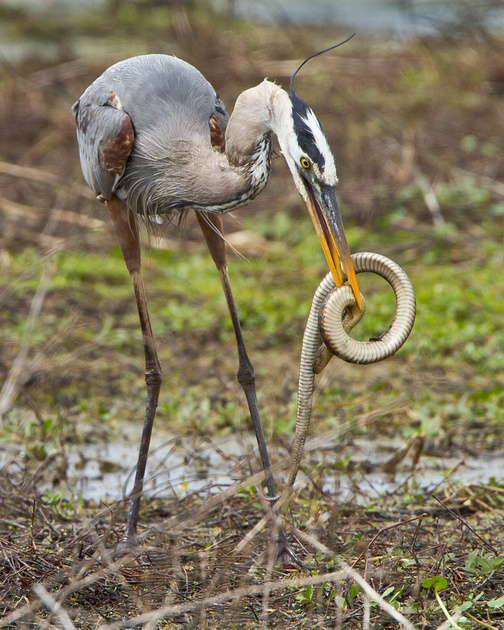 Eventually the snake was subdued, and the heron carried off its well-earned meal: 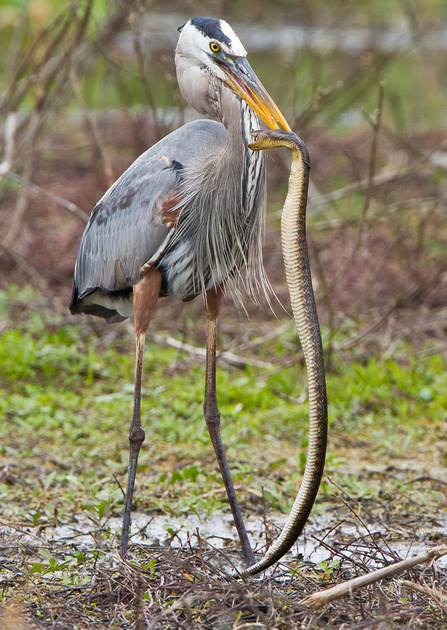 The snake is finally going limp.