A Cardinal defends his territory

Overcome by territorial zeal, this Northern Cardinal decides to attack an "intruder" ...

When I parked my car, just outside St. Petersburg, Florida, this Cardinal soon alighted on the mirror, seeming to claim the car as part of his territory. 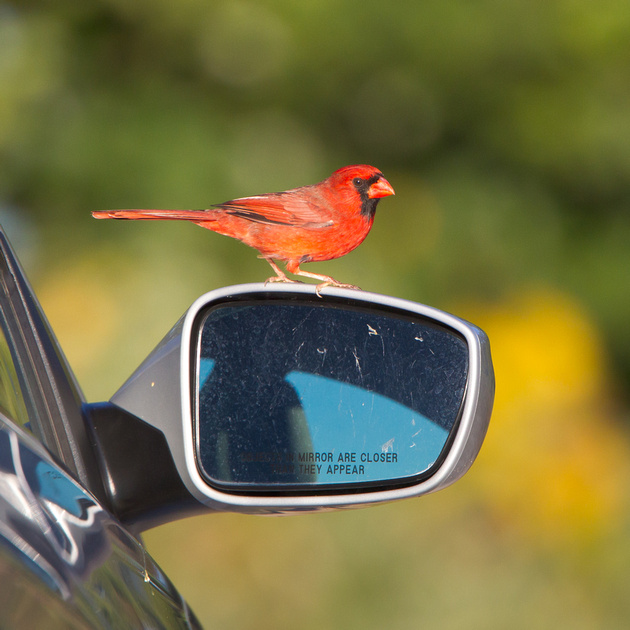 He soon noticed his image in the mirror and became obsessed with what he saw. It's impossible to know what goes on in a bird's mind, but I would guess that what he "saw" was not simply an image of himself, but (in his mind) a rival bird intruding into his territory.  And not just any bird, but one every bit as strong and striking as himself. This will not stand!

The Cardinal comes in for a closer look, as he squares off with his soon-to-be opponent: 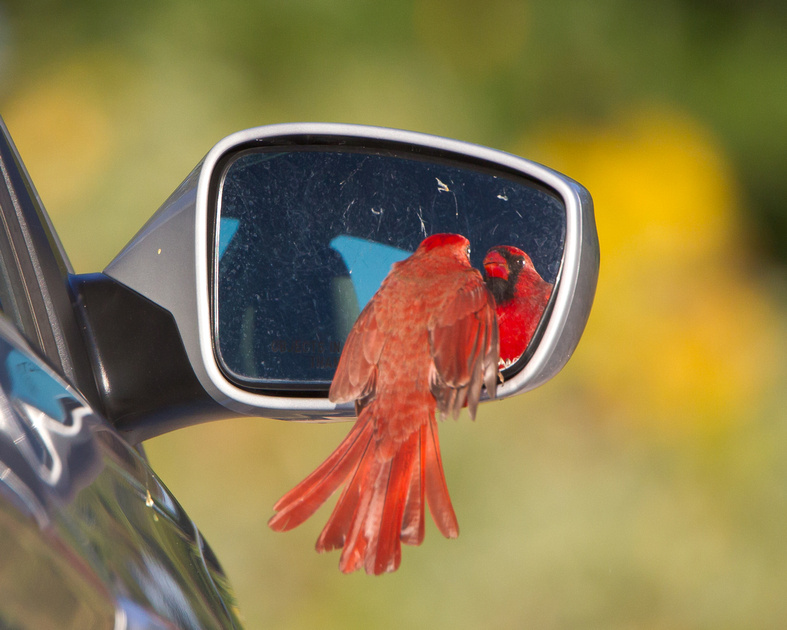 When his adversary refuses to back down, our angry friend goes on the attack!! 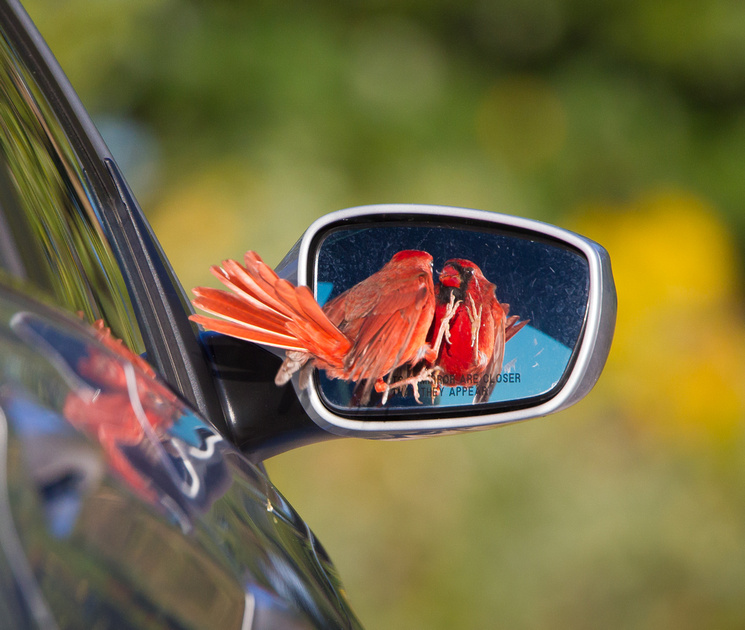 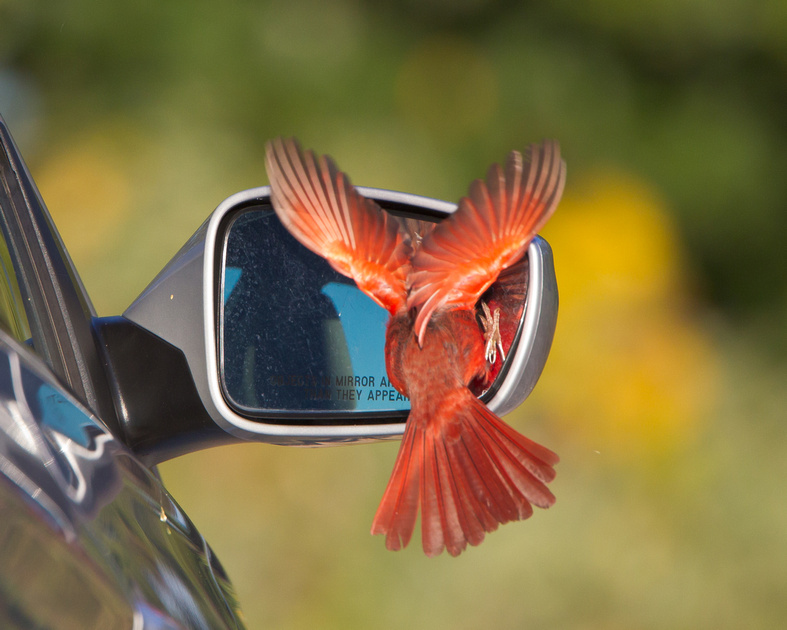 ... until the photographer takes pity on the poor bird and moves the car to any area outside of his territory.