Elegant Terns, like many other fish-eating birds, dive into the water from above to catch their prey.  Witnessing these birds demonstrating their aerial and “swimming” skills is quite entertaining. Every year around this time, they arrive from their breeding grounds and spend some time feeding along the California coast, providing a great opportunity to photograph their feeding behavior.

The terns typically fly about 20 feet above the water as the search for fish below.  When they see one, they plunge head-first into the water: 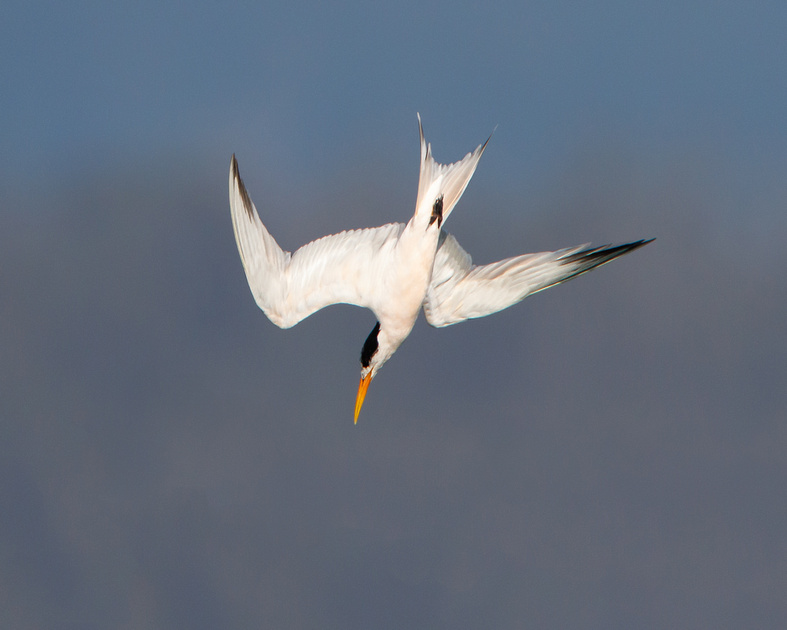 The dive usually takes them deep enough to completely submerge their entire body. When they emerge from the water, they often will have a fish in their beak: 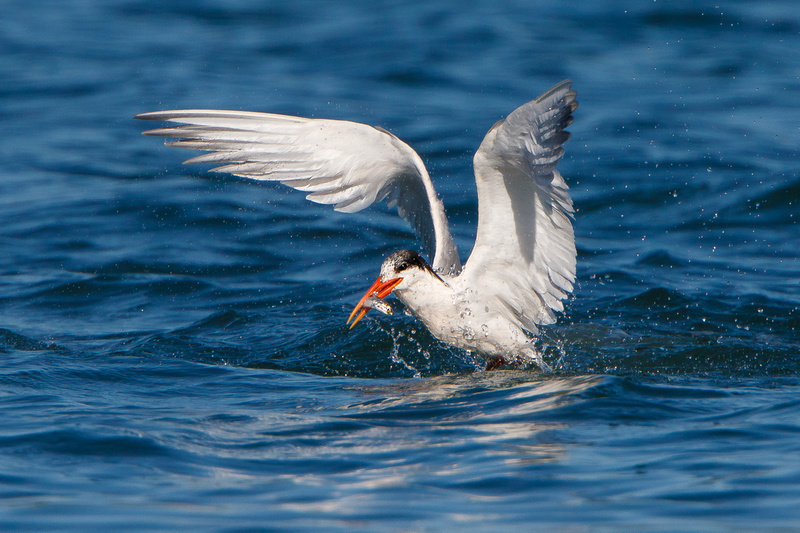 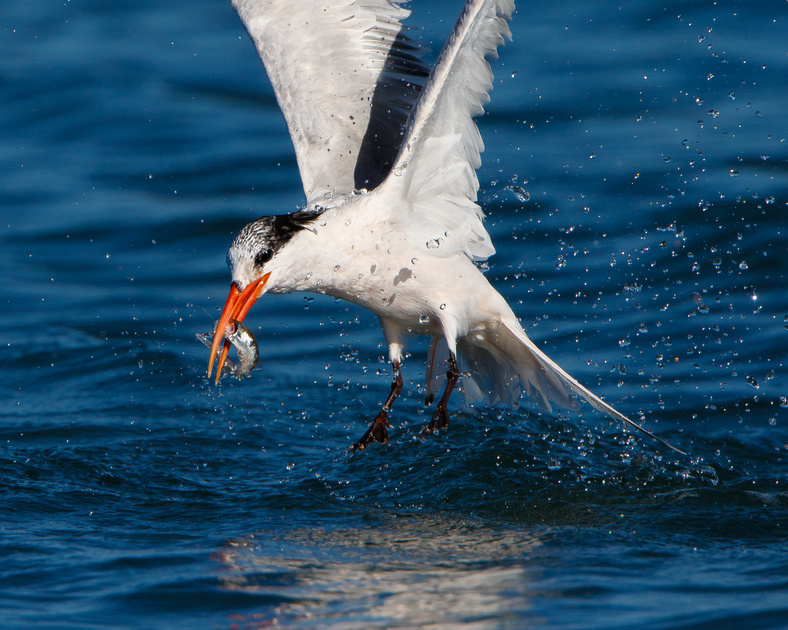 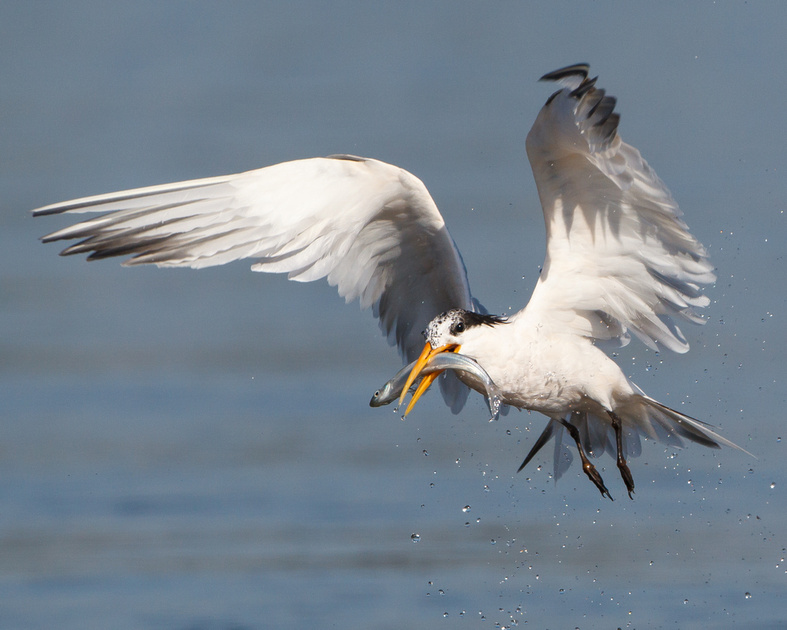 Usually the fish will be swallowed almost immediately after the tern emerges from the water, but this is only possible if the fish is positioned well. Other times, the grip on the fish will be tenuous: 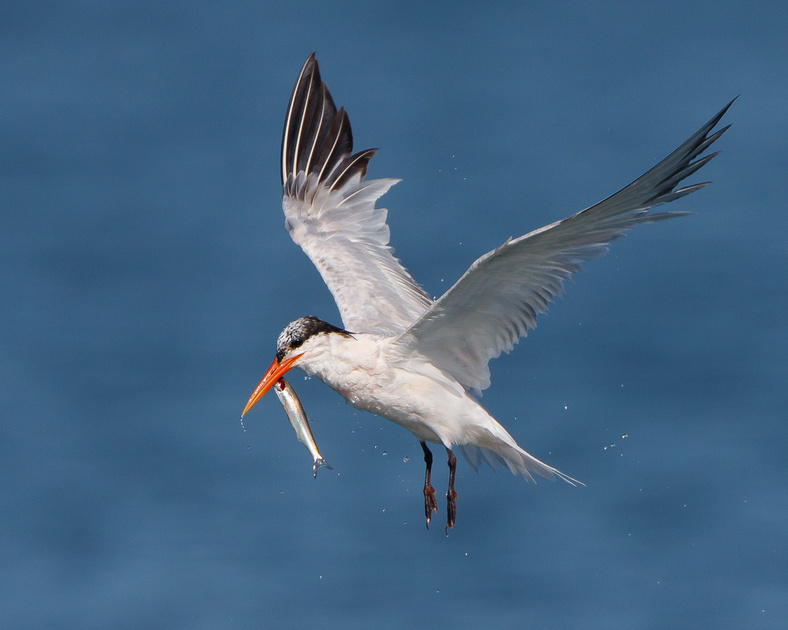 In such cases, the tern will toss the fish into the air in an attempt to reposition it properly for swallowing: 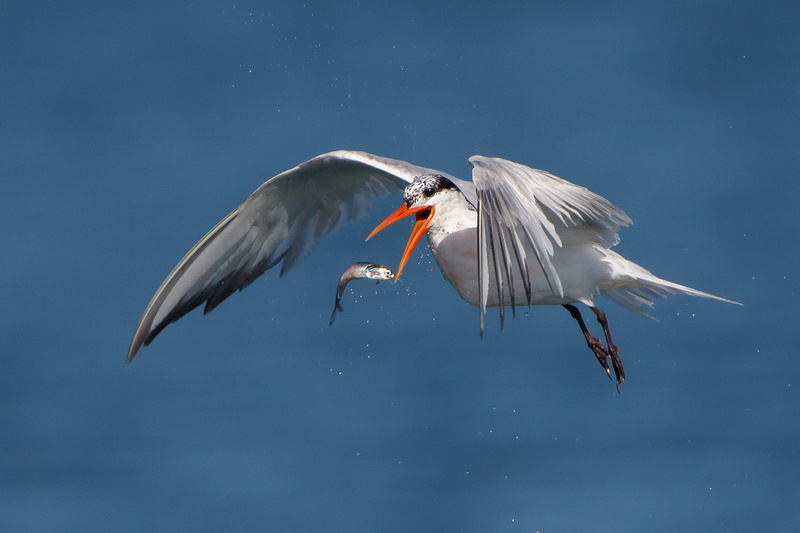 But occasionally the grip is so tenuous that the lucky fish is dropped: 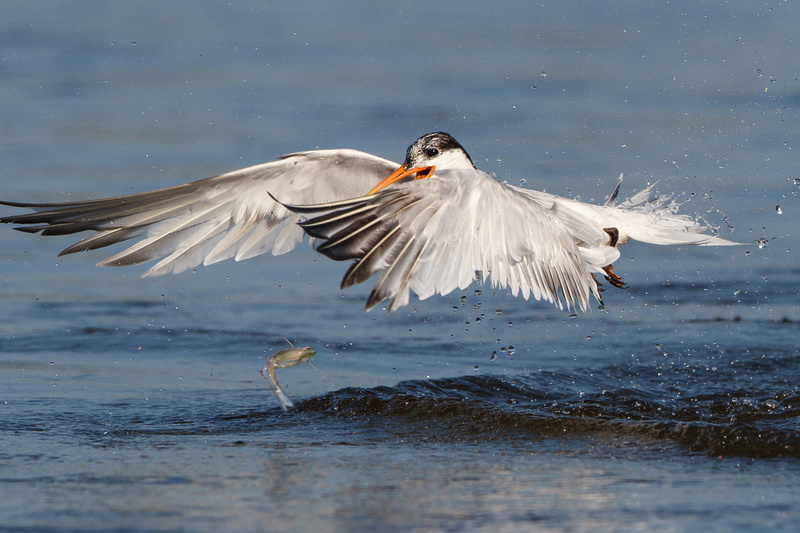 One reason to swallow the fish quickly is to prevent it from being stolen by another bird, as illustrated by this aggressive Hermann's Gull: 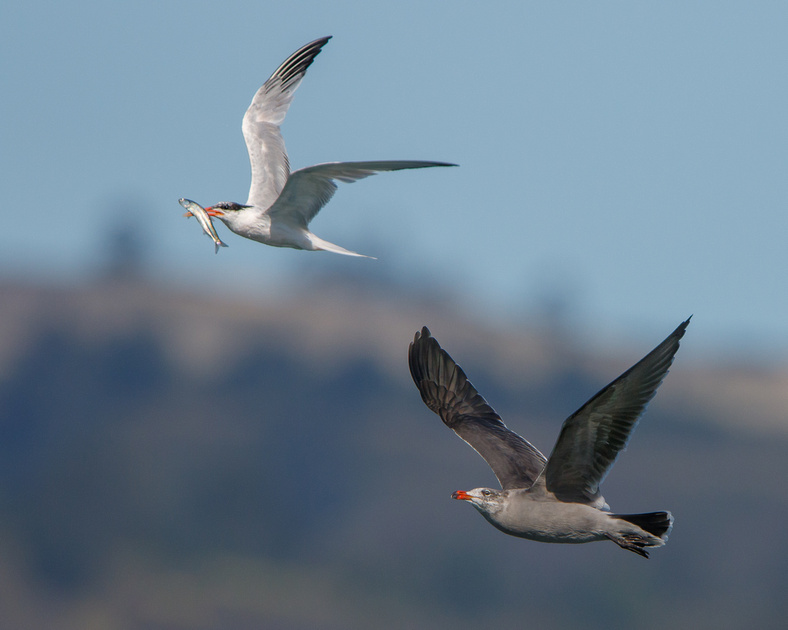 The terns that arrive in the Bay Area in August and September are accompanied by their juvenile offspring. These young birds, which look very similar to their parents, are good flyers, but they still rely on their parents for feeding. These juvenile birds follow their parent around, and when a fish is caught by the adult bird, the young one quickly lands in the water nearby, and the parent flies over to feed the awaiting offspring: 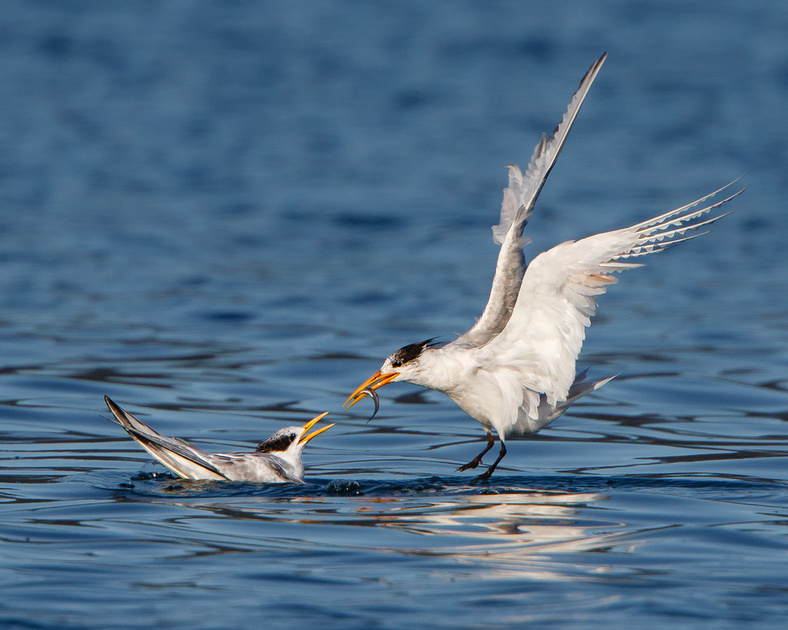